Looking for a dose of entertainment? For movies, TV, and music - the Multiplex is your spot.
Post Reply
53 posts

After years of mediocre and poor DC films, inconsistent products from WB, I think 2022 will be the year that the tide shifts.

Black Adam with The Rock


These are some heavy hitters that could rival the MCU, which may have peaked after Spider-man NWH.


This is an all encompassing thread for DC Film news and developments.


Starting off with some Breaking News.

Michael Keaton will be Batman in "Batgirl" the movie. Earlier rumors suggested that he would be the DC Universe Batman going forward, taking on a 'Nick Fury' role in mentoring new heroes. Looks like it's true. 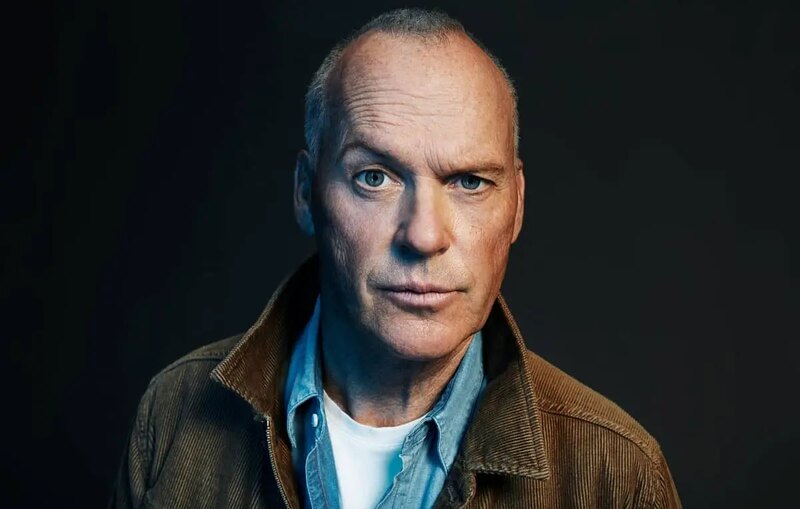 New report says Batgirl is cancelled and won't see release at all despite being finished.

It has to be really tough to be an employee at DC Comics (or a DC Comics fan) and watch your parent company absolutely, and repeatedly, faceplant your movieverse into the ground.
Top

I'll also add Jason mamoa recently announced Ben Affleck is appearing in aquaman 2 as Bruce Wayne, after being spotted by a studio tour.

Rumors are Affleck is replacing Keaton in a cameo role because of the flash delay. Since Keaton being in Batgirl but being introduced in flash that was delayed was probably another nail in the coffin for this movie.

Reports are Batgirl didn't test well, but I'd think most are still wondering if flash will be released considering Ezra miller's recent antics.

All that coupled with the rock basically laying claim to the entire dc universe as a black adam dc universe, the whole dceu is apparently just [email protected]#$.
Top

How can you decide to not show a movie you have spent $90 million on? I mean what could it possibly do to your brand/Universe that already is a mess that makes no sense?
Top

I got it, WB and DC have become WCW. That has to be the reason.
Top

Two current rumored theories on the cancelation are:

Tested so poorly even with the reshoots that they don't want to release and do more damage to the brand or this already shaky universe.

New head of the studios is just out to kill what the old one did.

I dont follow the studio head one as much because basically everything on the slate is still from the old stuff like aquaman 2. Also you'd imagine they'd still want to make some money in the investment and release it on hbo max.

So maybe it was just a really bad movie I dunno, I might be most disappointed that we aren't going to see brenden frasiers firefly.

I honestly expect this movie to get out eventually somehow but we will see.
Top

No opinion one way or t'other, but this has historically been the #1 reason films are buried/underfunded/cancelled... It's usually about ego.
Top

DC is a shit show. Comics and movies both. What are the odds that the rights to DC are ever sold to a company that won't mismanage it? There are so many good characters in the DC universe. They deserve better than WB.
Top

Magnuz wrote: ↑
Wed Aug 03, 2022 1:08 am
Rumors are Affleck is replacing Keaton in a cameo role because of the flash delay. Since Keaton being in Batgirl but being introduced in flash that was delayed was probably another nail in the coffin for this movie.

Reports are Batgirl didn't test well, but I'd think most are still wondering if flash will be released considering Ezra miller's recent antics.

If projects are being upended because they can't decide which of the three + actors they have playing Batman are going to guest star in the movie just for the sake of saying "Batman is in it!", then WB is even more f-ed up than I thought. I wouldn't put it past them.

Re: Ezra Miller--- Apparently "poor test audience" showing will get a nearly-finished DC movie completely shelved, but not a laundry list of sketchy behavior by the star of the movie. They say it's "too late" to pull the plug on Flash. It wasn't too late for Batgirl?

What a shit show!
Top

So Suicide Squad survived the all-important "test audience" screening, huh? Wonder Woman 84 survived it? Did those mystery audience members just love the part where she wishes Steve back to life by having his soul inhabit the body of a Joe Schmoe off the street who WW proceeds to have unconsensual sex with? (That movie actually made it to the screen!) Batgirl was a step down from those, huh?

It makes you really want to see Batgirl more just to see what was so "bad" if that's the case.

This could be a genius marketing ploy, cancel the movie and drive up interest and curiosity and people start clamoring for a release and then they can put it out like Snyders jl.
Top

Kevin Feige: I always hesitate to come off as the person who is bestowing advice on people. It's not really what I do. What I do know is, they're great characters.

Screen Rant: They are.

Kevin Feige: They're great characters, they're good comics, they've got great history. I'm not shy about saying, Richard Donner’s Superman I still think is the paradigm by which we all still should follow. It's all there.

Kevin Feige Gives Advice for JUSTICE LEAGUE Movie; Says to Have Confidence in the Characters and Source Material

Kevin Feige: It’s what I say all the time and have said over the years, which is, have confidence in the characters, believe in the source material, don’t be afraid to stay true to all of the elements of the characters no matter how seemingly silly or crazy they are.

This could be a genius marketing ploy, cancel the movie and drive up interest and curiosity and people start clamoring for a release and then they can put it out like Snyders jl.

If it's indeed a tax write off then they can't legally release it down the line though, right? Wouldn't that be fraud then?

This hurts me. I mean, it really hurts.

First of all, I feel very badly for everyone who was involved in the production of Batgirl. I know a little teeny tiny bit about making movies and I know that it's hard, hard work. It literally takes a small army (It takes ten minutes to sit through the credits) and a massive amount of coordination. It can sometimes mean 16-18 hour days, working weekends, being away from your family. But people do it and it isn't always always about the money and the fame. There are those who are in the business because they love this art form and it's them I feel badly for.

And this hurts me because I love DC. I have ever since 1964 when my grandfather bought me my first comic. I love DC as much as I love Marvel and I hoped they could build a cinematic universe that could rival what their competition is doing.

How much fun would it be to see a Justice League movie every bit as good as Avengers Infinity War and Avengers Endgame?

Can it still happen? I don't know. I hope so.

I believe it's time to start completely over. It's time for the Rovin/Snyder/Johns era to end. With the exception of Aquaman and the first Wonder Woman, it's mostly been a disaster. Rovin and Snyder aren't even there anymore. I don't know how much input Geoff Johns still has, if any. But they should wipe the slate clean.

I mean, I saw Birds of Prey and Wonder Woman 1984. What were they thinking?

Cavill, Affleck, Gadot, Momoa, Robbie, Eisenberg, Adams, Simmons, Lane, Irons, Fishburne ,,, they need to go. Erza Miller and Amber Heard are jokes now so it goes without saying they need to be tossed.

It's probably too late to do anything about Black Adam, Shazam 2 and Aquaman 2. They're coming. I really don't know what DC is going to do with the Flash.

But after that, reboot. Not a soft reboot. A hard reboot. Load a new operating system.

And this time, they need to sit down and REALLY plan everything out. And they need to listen to the Feige. Embrace the source material. Stay true to the comics. If they do that, they will have a much better chance at success.
Top
Post Reply
53 posts