Looking for a dose of entertainment? For movies, TV, and music - the Multiplex is your spot.
Post Reply
844 posts

I wish I had more to contribute to this great discussion... Maybe tomorrow.


fac wrote: ↑
Sat Sep 17, 2022 5:22 am
Avengers split apart between Steve and Tony, Infinity Stones starting to pile up on Earth - this works much better if "Civil War" is viewed as the end of Phase/Act 2, but you can see the fractures coming in Age of Ultron

This totally works even better if you ignore the phases exactly and just look at the saga as a whole, since 3 is almost at long as 1and 2 combined. But civil war definitely feels like the end of act two.
Top

THat's funny because I'm expecting it the other way.

Spoiler! :
Kang is the initial threat with Doom being the one either behind all of it or at least the one who is able to take advantage of everything Kang did and REALLY be a massive threat.
Obviously we'll find out soon enough. I'll take either way really. But I'm REALLY excited for all the new characters they're tossing onto the screen these days. I totally get people wanting Endgame to be a jumping off point, but there were so many great characters to come in Phase 4, and still more I hope to see.

Spoiler! :
This is how I see it playing out as well. Doom will somehow seize a cosmic power that Kang helped unearth, and with it he will rewrite reality and we'll get the 2015 Secret Wars. I'll honestly be disappointed if it doesn't work out that way because I love that story.
Top

He sure did!!
Top 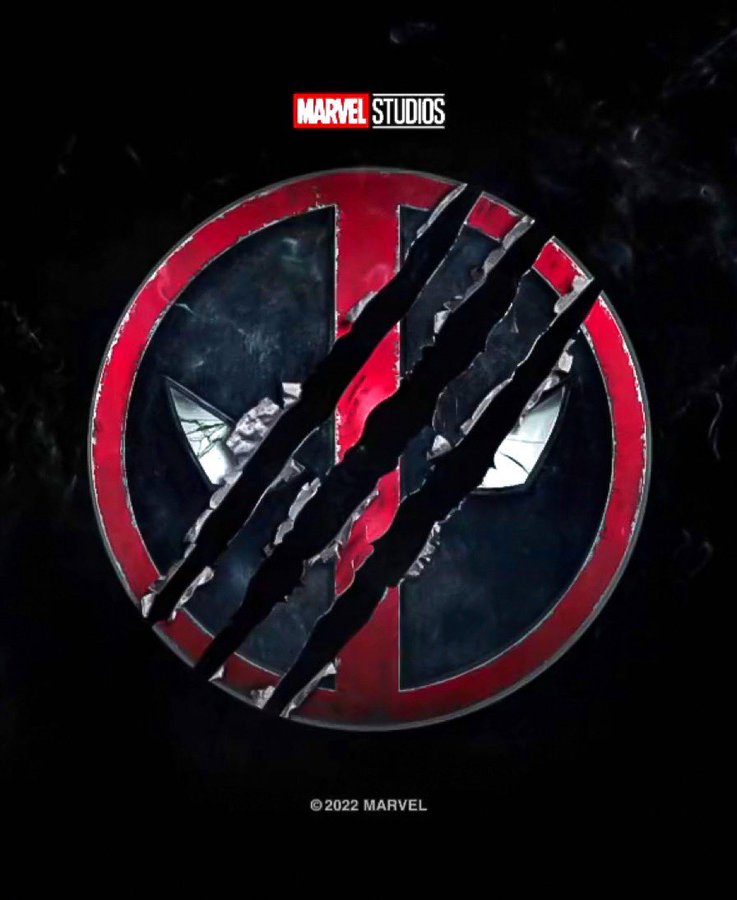 Woo-Hoo! Hugh Jackman is BACK as Wolverine/Logan!

Was that our guess?
Top 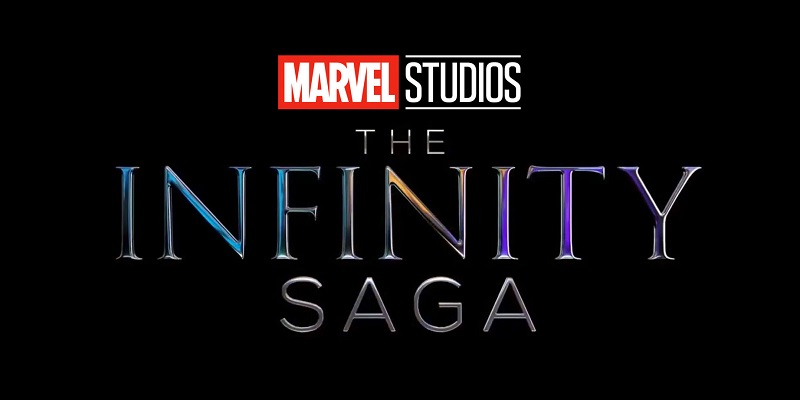 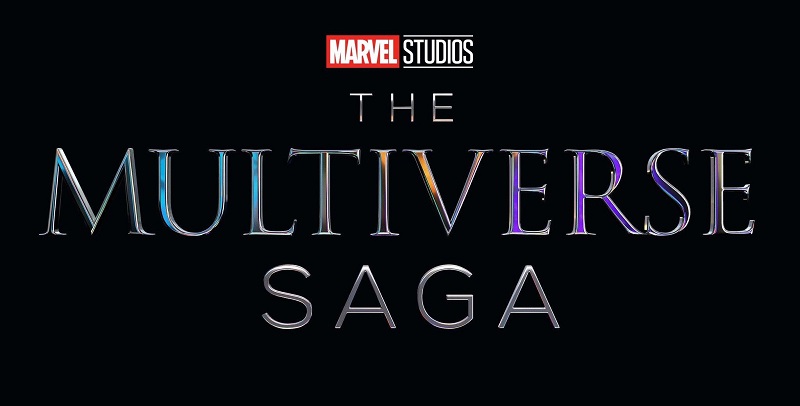 Announced, no release date yet: What if ... ? Season Three, Spider-Man: Sophomore Year

This puts that movie after Thunderbolts, which means it opens Phase 6. That makes me believe it's Deadpool 3 even more since that makes sense to lead into the end of the Multiverse Saga.

That also means we get four Marvel movies in a span of eight months that year.

Ah ha! Yes! I got one right finally. Heh.
Top

Then Krasinski had to add to it.
Top

Spider-Man 4 has got to be a part of Phase Six as well. And maybe Doctor Strange 3.

I'm gonna have to think on this for a bit.
Top

Strange 3 could be between Avengers 5 and 6, and Spiderman 4 may be the Sony movie coming between Cap 4 and Thunderbolts. And there are some spaces in there, but not many, where an unannounced film or two could fit.

This is also assuming that rumor was correct about Shang Chi 2 coming in February 2025.
Top

This is also assuming that rumor was correct about Shang Chi 2 coming in February 2025.

Yessssss ... forgot about Shang-Chi 2. I have to believe that there's going to be an Eternals 2, as well.

Let's take a closer look at Phase 6 and maybe we can start filling in some of these "untitled" dates.

Looking at the end of Phase 5 for a minute, it's hard to believe that there's going to be a new Sony Marvel movie just two weeks before Marvel Studios releases Thunderbolts in July 2024, but that's the way it's set up right now. I have to believe that may change, but we'll see. For now, I'm going to take Spider-Man 4 out of the equation. It's going to happen, but there's no telling when. Sony is just too unpredictable and terrible about publicizing their movies.


Back to Phase 6, Let's say Shang-Chi 2 for February 2025 and Doctor Strange 3 for July 2025. Now, we're all assuming that Avengers: Secret Wars will end the Multiverse Saga. But what if it doesn't? After all, Avengers: Age of Ultron did not end Phase 2, Ant-Man did. And Avengers: Endgame did not end Phase 3, Spider-Man: Far From Home did. What if (See what I did there?) the untitled Marvel movie that we think will be the beginning of Phase 7, the one dated for February 13th, 2026, is really the final movie of Phase 6? I think it is and I think it might be Eternals 2. The Celestials make their big move.

I could be completely and totally wrong. It's happened before God knows.

The next San Diego Comic Con is in about two hundred and ninety something days, give or take. Lots of time for guessing.
Top

I know the film makers say things that are misleading all the time, but the only thing I have to go on with Secret Wars ending the Phase/Saga is Feige saying an Avenger film will always end the sagas from now on. But of course, they may still do some kinda palate cleanser movie like they have before.

Is there anything indicating that a third Strange movie is happening, and if so that it's part of this saga? I know the ending of MOM led into a multiverse plot but that may not get resolved in a solo movie at all.

I think there was a rumor about Eternals 2 being part of Phase 7, and it may have simply been an educated guess (like some rumors seem to be) but they made it seem like the first Eternals was the first seed for the next saga.

One other thing I was just reminded about was all the trademarks filed a couple months ago. They included:
• Avengers: Secret Wars
• Avengers: The Kang Dynasty
• Captain America: New World Order
• Thunderbolts

Then the others were:

Spoiler! :
• Hercules: Rise of the Gods
• Celestials: End of Time
• Captain America: Red, White and Black
• Avengers: Eternity Wars
• Midnight Sons
• Red Guardian: Generations
• Runaways: New Era
• Nomad
• Shang-Chi and The Wreckage of Time
• The Black Knight: Origins
• Avengers Academy
• Avengers Timeless
• Avengers Excursion
• Timeless Saga
• Eternity Saga
• Sam Wilson Captain America
Some of those seem like possible movies, maybe some are shows, and others just seem like... I dunno... video games or something. Or One Shot comics, heh. But maybe some of those are for the next Saga... which is only, what, four years away? Still blows my mind.
Top

Also, to counter my own post about the trademarks.... you never know when they're pulling another Serpent Society on us, heh heh. 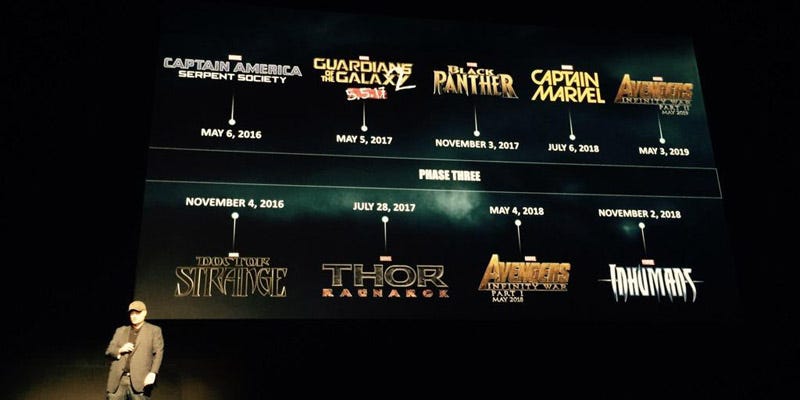