IT'S CLOBBERING TIME! Here is the unofficial Marvel toy board. C'mon in and talk ML, MU, Select, and all of the other Marvel toy lines.
Post Reply
218 posts

Marvelous News is reporting that we'll see another Price increase to $24.99 this year.

Not sure how I feel about this. When the figures are good they tend to be really good, but $20 bucks is pushing it in terms of value for some of these figs.

Probably has me slowing down even more than I already had, which I find a bit sad.
Top

This has me being pickier than I even was at $22.99. $25 is not worth it for Siryn who it's already been alluded to will be released with a screaming mouth later. $25 for Hot Claw Wolverine and William DeFoe Sabretooth? There's no way.

I think this will keep me from completing BAF's too. Ah well. It really has been a fun 20 years. I'll probably be able to pick up a couple from each wave instead of cases now.
Top

I understand the reasoning behind it, but yeah this will definitely make me a bit more selective on what figures I purchase.
Top

Yeah, I was already working on slimming down my needs so gonna have to step it up even more.

I actually wouldn’t mind the price hike and it’s far less than the actual inflation I’ve experienced in apartment rent, gas, and food. 25% over 2 years is what I’d kill to have my rent only go up.

But the issue is reduced quality.

Why doesn’t shocker have the lines colored in?
Why was invisible woman’s face so terrible?
Why doesn’t Siryn have a screaming head?
Why did we get a weird mix of animated series and comic hobgoblin that isn’t either animated nor comic?
Why is Domino’s head sculpt in the 3-pack so mediocre?

The problem is quality has dropped. I suspect it’s because everyone’s been working remote. And they can’t fly to China for samples. And when things turn up crappy like invisible woman’s head, they release it anyway because the support chain is so slow that they couldn’t redo it without a 12 month delay.

On the bright side, Mythic Legions is knocking it out of the park. As is mafex DC comic figures. So I have some worthy places for my money to go in 2022 and beyond.

I’m hopeful hasbro will up their game on legends but I’m willing to cut back from 30 figures a year to 2 or 3 that they actually excel on.
Top

So, I will buy even less Legends? OK.

Live within your means.
Top

I have 3 figures I'm planning on getting in 2022 so far. All 3 can wait for a sale or simply not make it into the collection.

If some absolute required figures come along I do see myself still biting as I just plan on offsetting the cost by purchasing less figures overall and waiting for sales on others.

My figure budget isn't going to change too much. I'll just be smarter about it or just plan on missing out. No big deal. I've lived without these yet to be released figures just fine. I'll get along just fine if I don't have them. It's not my job to support Hasbro, it's Hasbro's job to make the figures appealing enough that I justify the value and purchase the figures.
Top

Come on guys. They have to pay licensing fees. Disney and WB don't just let these toy companies make toys of their characters fo....... 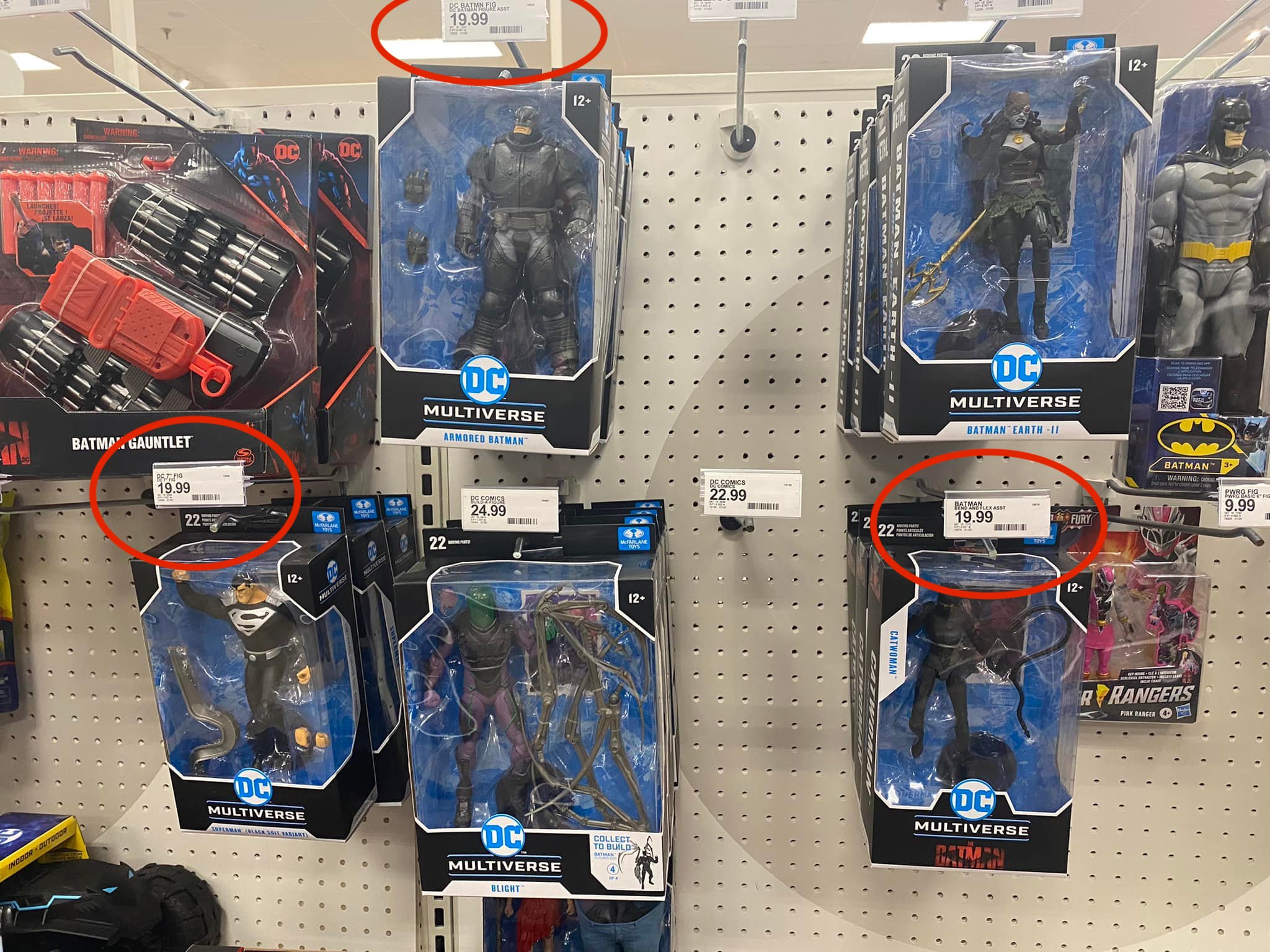 Wouldn't it be more appropriate to circle the one with the BaF piece for $24.99? I mean, I know Legends has retro figures that are higher than $20 but gotta account for the Build-A too.

Like I said elsewhere, this may lead to me just buying new movie characters or major upgrades like the new Mordo. But I may be done with Caps, Thor, Caps, etc.
Top

I just got back from my local Target in east San Diego county. I bought Shocker and Sleepwalker. They rang up at $27.49 each.

I've been with Marvel Legends since the very beginning. I was the first one to report finding a Series 1 Captain America figure at this same Target 20 years ago on the old RTM board. I was so excited, I felt like I hit the jackpot.

Now ... I got some serious thinking to do.
Top

I will post a picture of the receipt if anyone wants to see it.