IT'S CLOBBERING TIME! Here is the unofficial Marvel toy board. C'mon in and talk ML, MU, Select, and all of the other Marvel toy lines.
Post Reply
754 posts

Hot Toys just revealed their mid-40s edition of Tobey Spidey proving that as much as we like to pretend we know what's going on with the extra heads and issues around actor likenesses - no one really has any idea. Carry on.
Top

And now Figuarts as well.

Makes this set even more frustrating. : (

But I made peace with the fact that I won't be getting it.
Top

Oh no - you mean Hasbro Hasbro'd us?!

Not gonna lie, I may decide to just skip the Legends releases and go with SHF because of this....though they do tend to scale smaller unfortunately
Top


Or possibly that both Bandai and Hot Toys were more easily able to pony up extra for Tobey's likeness since their customers are fine with paying higher prices. But we really don't know so it's also possible that yep, Hasbro has Hasbro'd us again.

I may cancel the three-pack pre-order, as the more I think about it, the more I probably only want to display the three of them together when unmasked.
Top

fac wrote: ↑
Tue Aug 16, 2022 4:15 pm
I may cancel the three-pack pre-order, as the more I think about it, the more I probably only want to display the three of them together when unmasked.

I reasoned my way into cancelling as well. Mostly the cost, at this point, is more than I want to pay for a figure I want (ASM2), a figure I'm lukewarm about (FNSP) and one I really don't need at all except he has new hands (Integrated). So I'm actually hoping they Hasbro us some more and maybe offer the Spider-Men again coupled with the villains next year or even just single version now with unmasked heads (that I don't particularly want but it's absolutely a reason for another release). And if they don't, that's fine. I want to keep away from multiverse versions unless it's the main version (like America Chavez).
Top

I am keeping my order. I want both Spider-Men and I don't collect Mafex, Figuarts, etc. Only reason I would get into those would be if they offer a character Hasbro didn't make. Such as I am now looking into Endgame Hulk options now. But yeah, if another company makes a Killian or Whiplash or something, I would maybe hop on those. Outside that, sticking with Legends
Top

Unless the supposed legal issue around the heads was scale specific (which, admittedly, is possible), I never got that. Both the Hot Toys Electro and Green Goblin come with unmasked heads.
Top

I think the cost associated with adding the likeness for unmasked heads (which is easier to cover at import prices) is the most logical theory so far.

Imagine if the cost of this set was any higher, even with the unmasked heads included. The outrage. The "Hasbro Hasbro'ing us". Rioting. Et cetera
Top

I'm debating if I will keep my pre-order for the 3-pack or not. I like them, but I ordered the Figuarts Toby, and plan to order the Figuarts Garfield. I think I would mostly used masked heads, but like the option of unmasked. I'm not sure which figure I would like more in person, Figuarts or Hasbro, I've gone back and forth between the two companies and various releases. I don't think I need both sets. Just one good figure of each character.

I really need a comparison if that were possible before release.

I'm not as into the Holland Spidey, so He's not much of a factor. But it comes with the three-pack so I wouldn't just throw it away either.
Top

This trio is pretty snazzy too. 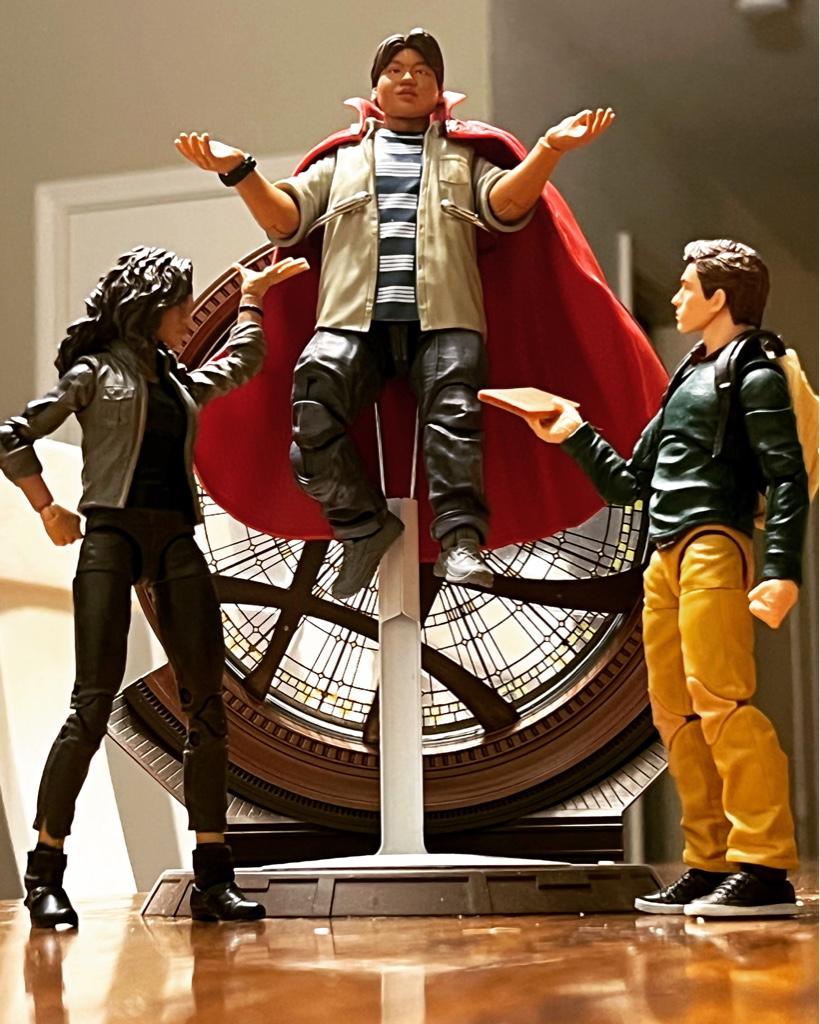 So is Lizard the BAF perhaps?
Top

I am hoping it is Electro, personally. Unless he is some kind of exclusive that wasn't listed in the video
Top

Which is preferable to me (Electro as exclusive).

And I am never going to complain about a wave coming a year after the movie. Gives them time to get them right, and the newness of the characters settles down for me to decide which I REALLY want, rather than pouncing on figures I'm totally blind about since the movie isn't out yet (usually).
Top
Post Reply
754 posts