IT'S CLOBBERING TIME! Here is the unofficial Marvel toy board. C'mon in and talk ML, MU, Select, and all of the other Marvel toy lines.
Post Reply
231 posts

It does look fantastic, but the robe emblem not being a stand out light blue is killing me.
Top

Sucks that it's a Walmart exclusive, the cape is glued onto the figure, and the symbol isn't standing out more
Top

The emblem and glued on cape are sort of head-scratchers.
Top

This could be the beginning of the Defender wave teased along with X-Caliber a while back. Hopefully we will get a Valkyrie redo if it’s truly a Walmart exclusive Defenders wave.
Top

I have to imagine that the artifacts and alternate heads are the true exclusives here.

Looking at it more, the cape is gross. It's chunky and blobby and the collar looks like the material would be 3 inches thick if scaled up to our size. You look at how a company like McFarlane sculpts and handles rubber overlays with such finesse, and then question how a billion dollar toy company making figures from a billion dollar IP company can come out with accessories that look like Happy Meal toy parts.
Top

Not a head scratcher at all. Hasbro will re-release him probably in a 2 pack with lighter blue emblem, slight gold on the capes yellow trim and maybe removable capes. YOU WILL BUY ANOTHER!
Top

Is this our DEFENDERS release? One by one? Is a classic redo of Valkyrie next? Seems like this is a canceled Walgreens wave
Top

Where did you get the wand?
Top

Where did you get the wand? 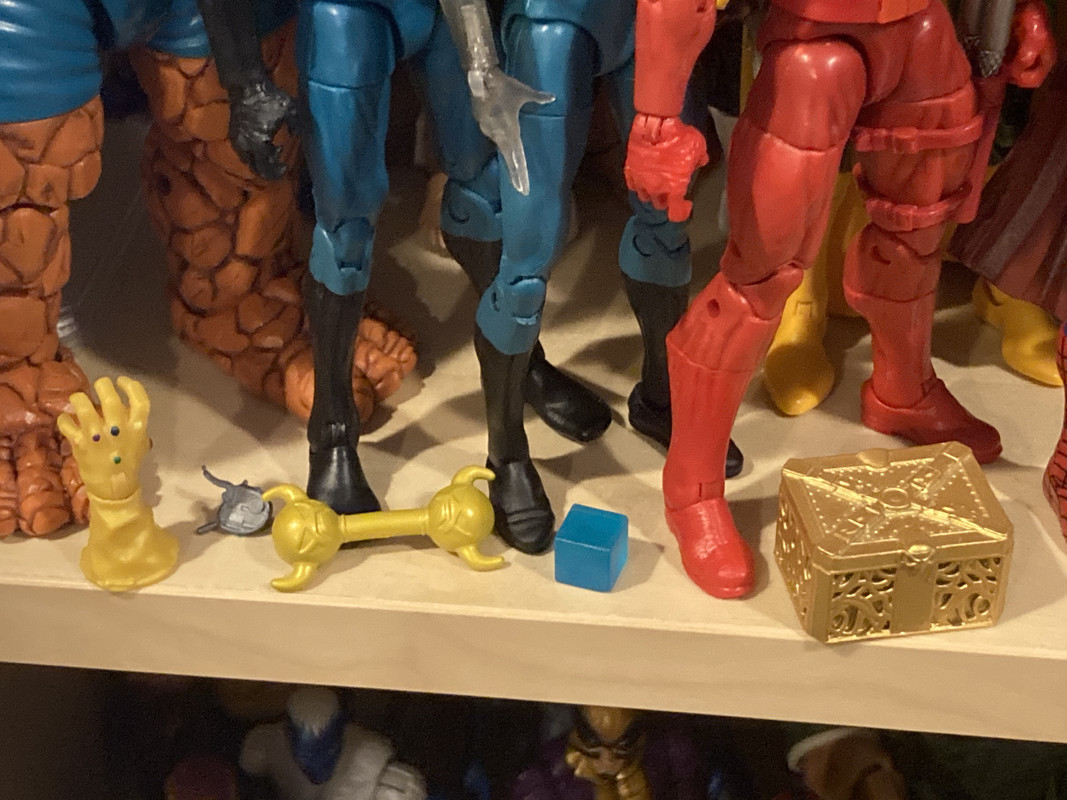 I forget the exact name of the set, but it was an SDCC 3.75” set from a few years back. Came with the Casket too. Both definitely more suitable for 6” scale.
Top

Where did you get the wand?

I forget the exact name of the set, but it was an SDCC 3.75” set from a few years back. Came with the Casket too. Both definitely more suitable for 6” scale.

It was a Collector set based on the Contest of Champions design. The Casket of Ageless Winters is the best piece in there.

But for MU collectors, it came with Lockjaw, Howard the Duck, Moonboy, and Cosmo.
Top

I HATE the aesthetic on this figure. The obvious blue not being light enough. His blouse/shirt has WAY more wrinkles on the top than below the belt, it doesn't look like they are the same piece of clothing. His fat head. When did he ever have a heart shaped head? His head has always been thin. Pizza Spidey legs would have been better. I don't remember him having body builder legs. And with those legs come the duck feet. The sash is just long enough it looks like he'll trip over it. Lazy single jointed elbows. We have Jacketed characters with double elbows. Could have been done. The Eye of Agamotto is closed? And why is the cape glued down? Maybe it would be hard to get back over the blue collar if it came off? And of course, Walmart exclusive. It just looks bad when all of this stuff comes together. Better than the Retro Invisible woman I guess.

Massive disappointment for a badly needed important figure. I prefer the Toybiz. The only thing worse on that one is it's too short.
Top

This is interesting. It is quintessentially Doctor Strange, but it's very era unspecific and that cape looks like it'll be a nightmare. Also yes, the tunic pattern could be lighter, but it's not a deal breaker for me at least. Still a lot better than the Toybiz figure though. I wouldn't be surprised though if we see this redone a couple of times with slight variations. It's just confusing overall... The masked head is a fun bonus sort of thing, but anyone who would actually care to use it is probably upset by the inaccuracy of the body for it. The eyes closed head has a different era hair than the eyes open head meaning when doctor strange is meditating he's going to also travel in time.

The axe is the biggest tease for me that has me conflicted. I love the Aaron and Bachalo run, and I love the fantasy D&D-esque design he has in that story. It's a figure I've always hoped we'd get (after receiving a more classic Strange, of course) and the axe being here makes concerned that this will just be "good enough" for that version. That being said it could ALSO mean a greater chance that that version could come eventually.... listen hasbro all I'm saying is suited body legs, new feet, new belt overlay, this torso and arms (new lower arms), a new head, goblin satchel, this axe, and maybe the blue cape if you want to make it even more different. Throw in some more magical artifacts if you want my undying loyalty. That could be some good reuse. Think about it! 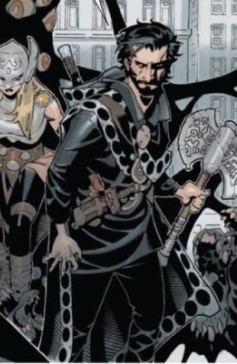 The eyes closed head is a nice inclusion. I am not a Strange person (heh) so I don't know the intricacies, but I think Toy Biz did this look better.

I really like the Hulkbuster Modern Strange with the cape from the movie wave release. That cape wasn't glued, though, so that's odd.

I think this will look really cool with the What If cape on it. Maybe even with the angular Benedict head (his face should be angular - that's pretty consistent throughout the decades). And isn't the blue eyes head Fallen Surfer, or regular Surfer?

At least it's a full package. That's always nice to see.
Top

Has anyone with experience tried panel-lining the cape that came with the previous comic Doctor Strange? I think, if I somehow manage the impossible task of finding a Walmart exclusive in Canada, that I may try painting the lighter blues and panel-lining the yellow trim of the cape myself. Has anyone seen how it looks when done on the previous release? It looks like the same mold.
Top
Post Reply
231 posts