Bring on the Bad Guys wave

IT'S CLOBBERING TIME! Here is the unofficial Marvel toy board. C'mon in and talk ML, MU, Select, and all of the other Marvel toy lines.
Post Reply
2336 posts

Hopefully we just get a paint match abomination head to swap and get something else as a BAF.
Top

With those Wave 2 rumors, I have to ask, how many more Abomination figures do we need? It's getting ridiculous.
Top

Of those on the list, only really excited about Baron Zemo, though, assuming he's a more classic look, and maybe Mephisto if he's done right.

I would probably grab a McFarlane era Leader if they didn't overdo the head. 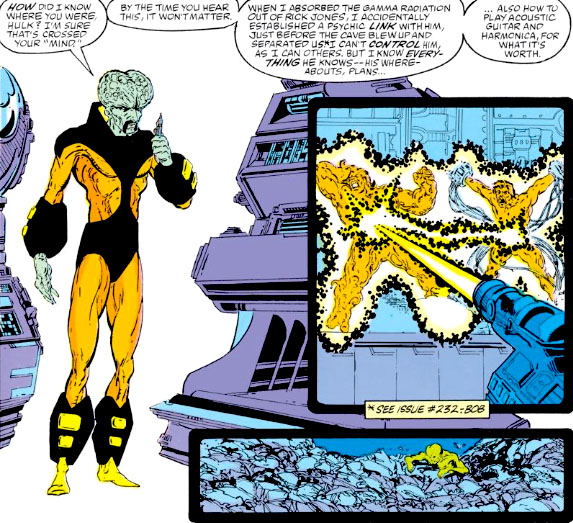 Odds that these are hints to future releases? My wife just bought me the Deluxe Thanos, so I guess I hope it doesn't follow exactly that roster, but it's a solid selection of figures


Ryan Ting's tweet below about the cards tells me no, these are not a hint of things to come. He says each set is themed to a particular wave, and it's obvious this set corresponds to the bad guys wave. But the sets have 15 cards, so the other ones not in the wave are likely just additions not associated with the wave. As pointed out we already have recent Leader, Kang, and Thanos figures. so certainly those are just throw-ins to go with the bad guys wave figure cards. If those are throw-ins we should assume the others are as well.

His statement also says there will be another card set to go with another Legends wave at some point in 2021.

Nothing he says doesn't indicate that they aren't coming though, but no, these aren't specific to a real legends wave. They do seem pretty specific to figures however.

Beyond the claims others have already made about that specific wave line-up seeming unlikely since we just got updates of Thanos and Kang, the size aspect also tells me this isn't really a wave either. They sold Thanos as a standalone deluxe release and the previous Abominations were all BAFs or an SDCC exclusive. I'm not sure how large a Mephisto would end up being but he's another character who could conceivably be large enough to warrant the BAF treatment, so there's no way I'd see all three of those characters coming in the same wave.


MarvelLegendsMan wrote: ↑
Mon Jul 26, 2021 4:23 pm
Does anyone doubt that classic Zemo and Mephisto, at the very least, are coming sooner rather than later? An updated Abomination using the Gamerverse body seems likely, and Terrax would make sense given Haslab Galactus. Blackheart I'm not as sure about, but obviously wouldn't be a total surprise since he was already done during the Toybiz era. Don't have that figure, but seems like one of the better Toybiz releases.

Sent from my SM-G950U using Tapatalk

I've seen some fans argue that a new Blackheart could also make use of parts from the movie Venom.
Top


We have had quite a few but I'm still hoping for one with the size of the Gamerverse Abomination and more classic features. After THAT they can stop.
Top

Maybe Wave 2 is gonna be retro cards (with some repaints of those recent releases)?
Top

Would be into that certainly. Makes it easier for Johnny Come Lately's like me to pick up figures we missed, without making others feel like they have to buy figures they already have to complete a BAF
Top

The listed characters could be a wave... or...

Thanos is probably included in the card set because, well... it's Thanos

Mephisto could also be in a villains wave as he is the last character needed to finish off the iconic Bring on the Bad Guys book cover and Hasbro could use that as a hint/Easter egg, etc.
Baron Zemo could also be the headliner of the villains wave.
Top

Normally I would completely agree about the abundance of Abomination figures, but ever since they made the new Hulk body, it just seems like none of the ones that they put out before quite work as well when they’re side by side, he’s not quite as big, the gamerverse version has those issues corrected but it doesn’t really look like comic book Abomination. I would prefer they put it out as a deluxe figure so people don’t “have” to buy it if they’re satisfied with what they currently have. And while I’m not a huge fan of the character, they could double up on the mold to make A-Bomb as well.
Top

Finally got my last two, Red Skull and Arcade. Damn if they both aren't perfect.

Arcade has the perfect head sculpt and I absolutely love his bowtie and platform shoes.

OK, I do have to paint Red Skulls armband red and put his Nazi symbol on it to make him the pure piece of shit human he is, but zero surprise he didn't come that way.
Top

Ryan Ting said yesterday that the check list doesn't have anything to do with wave 2:

Oh, well, there go my hopes of a Mephisto in the near future.
Top


Only one. Comic accurate and correctly scaled with the 30th Anniversary Hulk, please.

As far as all the other speculation, due to the positive response to the first Bad Guys wave it only makes sense to do another one. I don't think the trading card checklist is a map of the 2nd wave but I do think it is a group of characters that includes many recent releases plus a few characters that are coming in some shape, form or fashion next year. From what I can gather almost everyone loves the classic Red Skull, Kang, Ultron, etc. so a classic Baron Zemo is a no-brainer, probably as part of Bad Guys wave two. I can see Mephisto being a fan channel exclusive, probably deluxe if they make him really tall. Maybe Abomination is BAF for the Bad Guys wave two. A new Terrax could be part of the Galactus release or sold separately (maybe on FF retro card), but it makes sense to get him out there sooner than later with Big G on the way. Blackheart is kind of a headscratcher, but I'm sure they have a plan. It seems unlikely that they will release another comic Leader, Kang or Thanos anytime soon. Now that I'm thinking about it, they are kind of running out of A and B list villains to do classic/iconic version of. Outside of Mandarin, a new Absorbing Man and the characters already mentioned, all that's left is a ton of C and D listers. I hope they make all of them, I happen to LOVE C and D list villains.
Top
Post Reply
2336 posts