IT'S CLOBBERING TIME! Here is the unofficial Marvel toy board. C'mon in and talk ML, MU, Select, and all of the other Marvel toy lines.
Post Reply
4147 posts

Is that a new cape?
Top

Looks like Sentry is arriving with UK etailers this week.
Top


Looks that way. Doesn't look like it plugs into the back, either, but I'm sure it probably does.
Top


Looks that way. Doesn't look like it plugs into the back, either, but I'm sure it probably does.

This cape is 1000% better. Looks like the cape and collar are all one piece. If that’s the case, it may not need to plug into the back at all. The old cape was so weird, cut off just below his shoulders, but the collar was painted on. Looked so bad. The torso looks new too, has more of a V shape. It may be a better build for the character, but the reused parts still kinda suck, or at least are showing their age.
Top

That Sentry head and body would be perfect for Will O'The Wisp. Literally just a green body with a starburst emblem on the chest. Given how simple and obvious that is I bet we see Will O' in a Spidey wave sooner than later.
Top

I always found Sentry so amusing for some reason. Really looking forward to this update.

I don't recall Sentry ever being "amusing". I'm one of the few that actually like the character but I always found him to be more of a downer personality-wise.

Been a while since read anything with Sentry in it so maybe I'm just not remembering.
Top

This is one I can wait for. No rush here.
Top

100ptsofarticulation wrote: ↑
Wed Aug 10, 2022 2:05 am
I don't recall Sentry ever being "amusing". I'm one of the few that actually like the character but I always found him to be more of a downer personality-wise.

Same here. I read some New Avengers with him (like when he tore Carnage in half like a paper towel) but most of what I know is from Dark Avengers and he was pretty terrifying in that even before he went off the deep end. Maybe the initial concept of Sentry was silly, I dunno, but his portrayal during Dark Reign was pretty compelling to me.
Top

When Sentry first showed up, it was in the context of these stories where he had been part of the MU since the beginning, had relationships with Hulk and the F4 and everyone. But he and everyone else was hypnotized (or something) to forget him …
It got a lot of criticism, and Sentry sorta disappeared until he tore Carnage in half, and then Dark Avengers.
I want to see how the new figure compare to the early Hasbro Sentry figure. I kinda wish that they’d made The Void instead.
When do you think the last Walgreens villain will be announced?
C’mon, Moonstone or Skurge!
Top

I found the concept of Sentry fascinating and the execution rather amusing. He’s clearly supposed to represent commentary on Superman. But with Sentry, all that power just confuses, scares, and corrupts him because his moral strength doesn’t match the physical. It’s like when Iron Man beat Sentry by hacking into Sentry’s alarm system and telling him that disasters were happening around the world at the same time and it made Sentry breakdown into an emotional wreck because he couldn’t decide what to do.

The amusing part is how he is continually built up by other characters throughout several stories as being the ultimate powerhouse hero who will come in and save the day, only he fails every time.

He was built up during New Avengers but he never really saves the day except against Yelena when she was the Super-Adaptoid. Then there was build up that Sentry could turn the tide either way in Civil War, but he didn’t have any impact. Then he was really built up to be the ultimate matchup against Hulk in World War Hulk, but again he failed.

He was at his most interesting during Dark Avengers. Of course he ends up as the final terrifying yet pitiable villain in Siege. And he survived that only to yet again be built up as the greatest hero and failsafe for all the other heroes during King in Black, only to fail spectacularly again.

It was like a running joke. Like the running jokes about him throwing people into the sun. I love the character. I like these Superman archetype powerhouse characters in general, like Sentry, Wonder Man, Count Nefaria, Hyperion, etc.

What is alternate head he comes with? Comic reference?
Top

There was a discussion on this somewhere, maybe the SDCC thread? So, not to totally retread that but the Void has had a few very different looks even just in the Dark Avengers and Siege comics, and that is one of them. In case you don't know already, the Void is either the dark personality of the Sentry or even possibly some kinda of primordial force that takes him over at times. 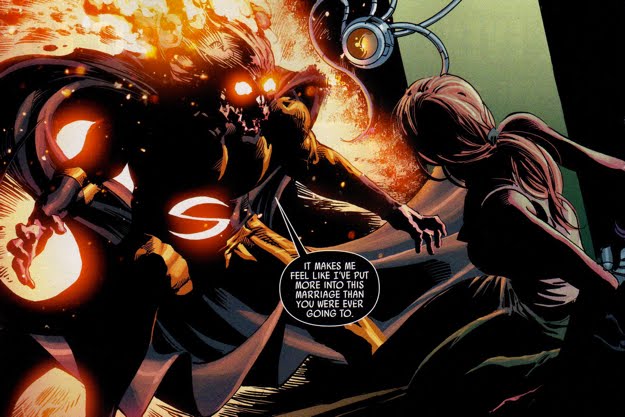 Sentry is up on Zavvi if you want to bite at that price.
Top
Post Reply
4147 posts