F-TEAM! ASSEMBLE! Doo doo doo dum dum! - Not all toy topics can be assigned a famous block. Talk about the rest of the toy lines here!
Post Reply
445 posts

I referred to the paint as "underwhelming" when I shared that initial update and I still think it is, but I don't think it looks bad. It's more mind-boggling that they've been stuck for so long on it and that's the end result. It looks fine to me. I think they basically had two options which would be what they did here or just try to replicate the cell-shading from the show. I wouldn't have expected Super7 to attempt cell-shading because that just doesn't seem like something they would do, they tend to try to keep things simple when it comes to paint, but this seems more than okay to me. It looks a lot like the renders so I would assume if you were happy with the renders then you're pleased with this. They can save the shiny or even vac metal look for the someday ReAction versions. I'm not a Silverhawks guy, but I'd like to think if I was, I'd be getting pretty excited for these. That MonStar looks massive. As long as he doesn't have the Super7 loose hips, he should be a lot of fun.
Top

I could not be more excited for these. They look excellent, and GOOD GOD MON*STAR! I never buy two of anything, but I'm buying 3 Mon*stars at least. Two for displays, and one to have on hand, and if I find them on sale I may get another one or two.

I cannot express how excited I am with words, haha.
Top

That video has me very excited for the bad guys. I'm looking forward to the Hawks too, but Mon-Star and Buzz-Saw look so damn big and impressive. I would prefer shinier paint on the Silverhawks since my biggest memories come from the toys, but they look really good for cartoon representations.
Top

Buzzsaw is a beast!
Top

I watched the video and after the paint looks great to me. Yes, I believe at some point they will release a toy version like they did with Thundercats and I know I’ll buy those hawks too. Great job on these Super7
Top

Articulation doesn't seem too good. I've never bought a super 7 figure but if the silverhawks don't have the neck articulation to look up for flying poses, then that's going to be a damned shame. The proportions seem a little off. The head is too big for the body. Personally, I'm only going to get Quicksilver and put on the masked head and that'll be it.
Top

Super7 figures RARELY have enough clearance in the heads to look up for flying poses. Check out ANY review of any of their Ultimates figures, and you'll get the idea.

No matter the line, it's generally the same form factor for each figure, with maybe fewer joints for smaller characters.
Top

I still think metallics would look much better.
Mon*Starr and Buzzsaw's paint should be the same gloss, pearl or whatever finish they tried, they aren't dull or matte in animation.
We just ask for consistency, why is this so hard?
Top

These look pretty satisfying to me, definitely consistent in style with Thundercats and Masters of the Universe. I'm already out of space in my display between TCats, TMNT, and MotU who all share heroic and evil shelves. I don't plan on going deep with Silverhawks; just the main field team of five, and a few of the villains. I've only preordered MonStarr and Buzzsaw, but if good reviews come in for Mumbo Jumbo, I'll get him since he was always my fav. But I really would prefer a bruting bull version of him. From Thundercats, the last thing I have preordered is Mandora and the bike. I feel like she could exist in both universes and would bridge that gap really well. If anything, I think I have to remove the TMNT figures from the display, since they seem the least connected in terms of shared universes, at least in my head. They're too "Earthen"? Even though there's plenty of their lore that comes from outer space. I think a MotU-TCats-SHawks display would be killer.
Top

I'm actually really impressed with how the figures look in that video. They're reflective without being overly so. That didn't come across in the Instagram post. I had to streamline what I was buying lately and cancel my pre-orders, but I might just have to nab a Quicksilver...
Top

Veebs sat down with Brian to take a look at Silverhawks: https://www.youtube.com/watch?v=ZWCL7kH2gWs
Top

I really enjoyed the interview. Can’t wait to get these in hand! I found all the talk about the joints very interesting. I always love hearing about the production process, very interesting to me as I have zero knowledge on it. I always thought it would be cool if they could release a YouTube video one day about the entire process, to finished product and everything in between.
Top

Baedal wrote: ↑
Mon Oct 03, 2022 5:33 am
I still think metallics would look much better.
Mon*Starr and Buzzsaw's paint should be the same gloss, pearl or whatever finish they tried, they aren't dull or matte in animation.
We just ask for consistency, why is this so hard?

If Quicksilvers paint had looked more like this I would have probably been all in on the line. If the paint only looks glossy when it moves it does nothing for me, They will be displayed and maybe moved only twice a year.
Top 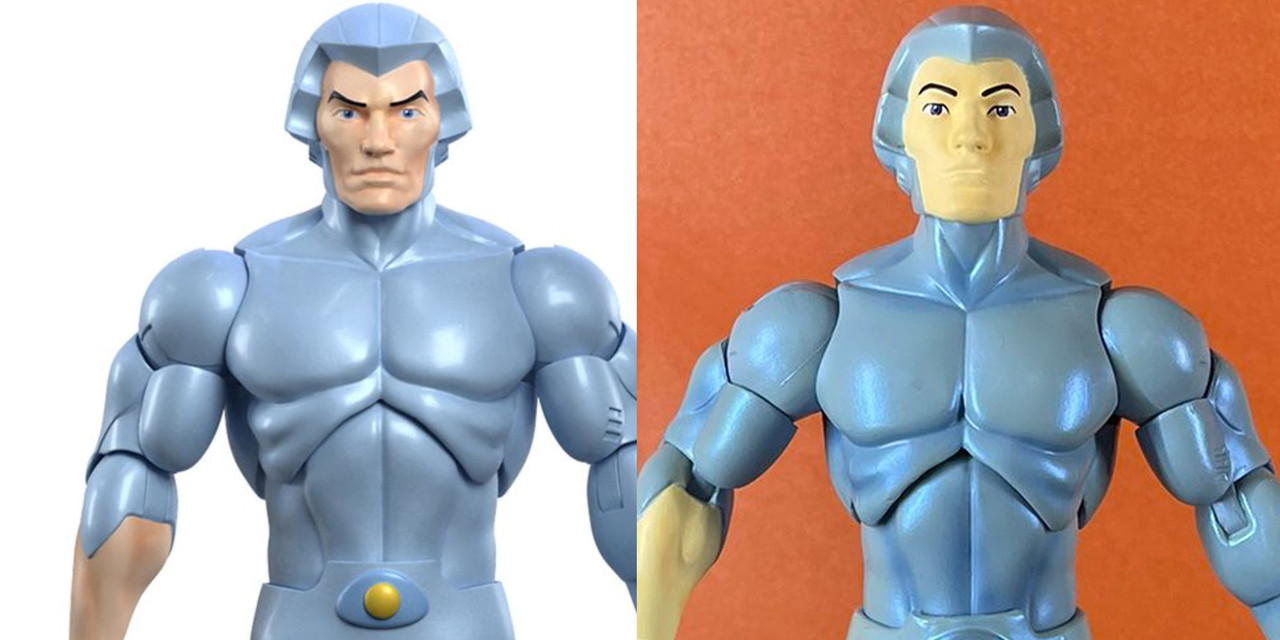