The place to talk about ThunderCats toys from all the companies!
Post Reply
2275 posts

Handsome_Ed wrote: ↑
Sat May 14, 2022 3:56 am
Just stop buying them. It seems like a really sore spot in your collecting life. I love them, They’re exactly what I wished I had in the 80’s. I can’t believe you’d waste so much time typing up a diatribe that (at best) 25 people would read.

"I can't believe you came to a discussion forum and tried to have a discussion.. with WORDS! How [email protected]#$ pedestrian!"
Top

While the toys are indeed beefy, I think of them as the Ed McGuinness Thundercats similar to all the DC Direct figures based on his work. 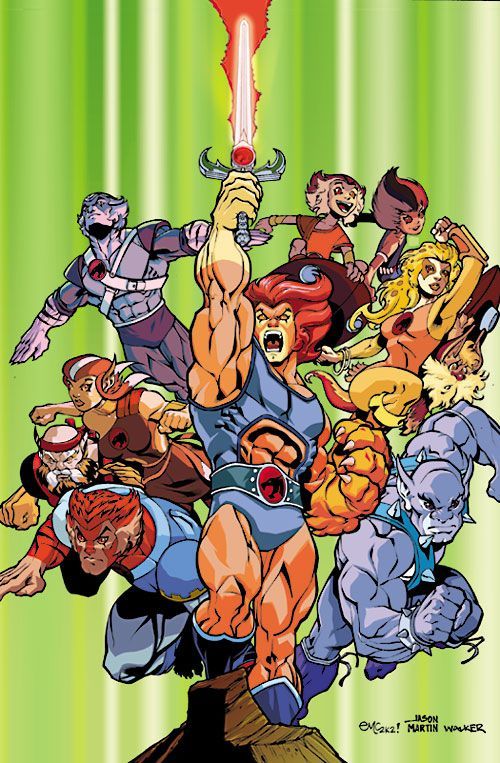 Chooch wrote: ↑
Sun May 15, 2022 9:25 pm
While the toys are indeed beefy, I think of them as the Ed McGuinness Thundercats similar to all the DC Direct figures based on his work.

Back in the day, I had a plan to customize those dcd mcg figures into Thundercats but never followed through on it.
Top

I'm not cancelling her, I'll wait until she's in MY hands for a final assessment, but comparing the promo photos on BBTS right now to that "literally in someone's hand" photo that was just revealed, Cheetara looked amazing before, and looks pretty bad now. All IMO.

Welp, got my first Mattel duplicate. Still can't find Pumyra on Amazon, but the rest dropped down to $44. However, my local collectible shop got Lion-O & Panthro in, and I had store credit, which meant one would only cost me $38, and as soon as I noticed that Super 7 did the opposite colors for Panthro's spinning chucks, I grabbed him. 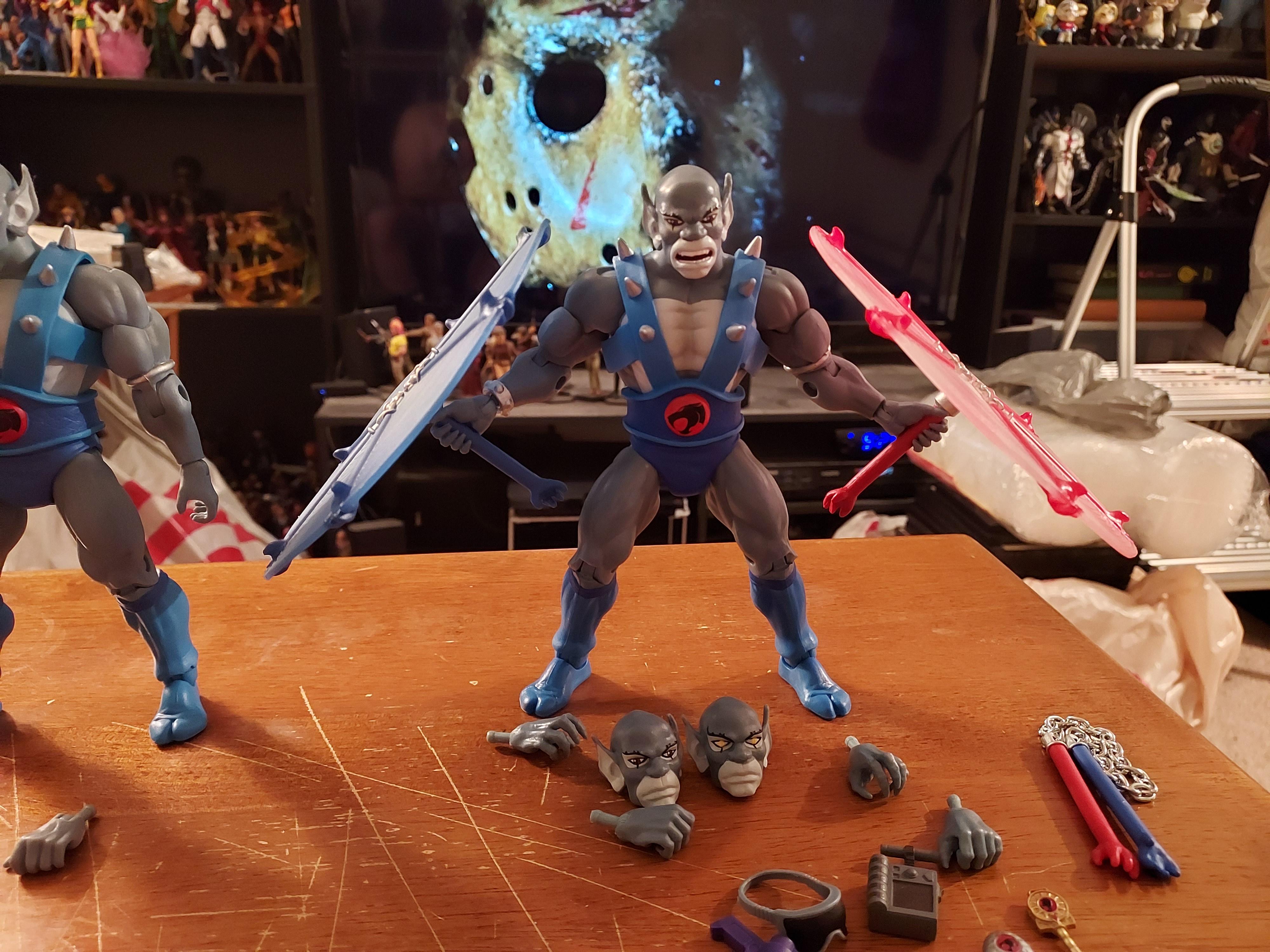 He's still dual-wielding on the shelf, but I did switch the handles back, so each side is still red/blue, instead of matching like in the photo there.

"But he only had one pair!" Don't care. This looks awesome. And I will always prefer "looks good" over "source accurate."

Had to watch ToyBro's V1 review to figure out why he came with the same grip hands twice over (still don't understand, but at least now I know it's not just my V2 copy). Probably gonna glue some fingers down for fists. Also, watching his review, I'm glad mine has the right shorts. It's obviously more source accurate, but it also looks better than the lighter colored panties.

And thank you again to Optimuslivs4evr for the lit-eyes head! I'd never tried to put it on the Matty figure, but after busting it out for this photo, HOO-BOY, skintones don't match, haha. So I'm happy to have a body that does match, finally!
Top

Bummer if you're a Thundercats fan since they appear to be the only game in town for this property and once this line is done it's hard to imagine someone else picking it up - unless there is some major new media released.


os189 wrote: ↑
Sat May 14, 2022 4:40 am
Back when Mattel unveiled them as some parts clearly glued on their MOTUC buck, I thought "No way is Lion-O some roly-poly muscleman too bloated to even touch his toes or put his arms down at his side."

Ah... see for me that was the main draw. I absolutely LOVED that the Thundercats looked like the MOTU Classics so I could have a display that included the Thundercats and Mumm-Ra as more factions in the battle for the cosmos. So the thing that turned you off was the very thing that got me excited.

But that's how these things go... I was actually bummed that the TMNT Ultimates hewed so closely to the original toy looks which made them just a bit too goofy to fit in with my Classics/Ultimates display. So, I get that it's a downer when we don't get what we want from a property.
Top

What a great day. IKEA finally got the Detolfs back in stock (has been MANY MANY months) AND BBTS is shipping my POL.

I'll finally get around to posting these guys up to the board.

I'll be paying close attention to the QC on these but have yet to notice any major problems with what I got so far.
Top

Nice! My Snowman is awaiting shipment from BBTS at the moment.

MRTEL & Grune's hips were a little loose, but otherwise great, and apart from limited head range due to fur (and god forbid I don't mention the missing elbow pad), Monkian & Tygra were perfect.

Oh yeah, and I got Lynx-O. He's cool, lol. Never been my favorite, and I'm not sure what to think anymore after having the illusion that he had no pupils completely shattered to learn he just has his eyes closed. 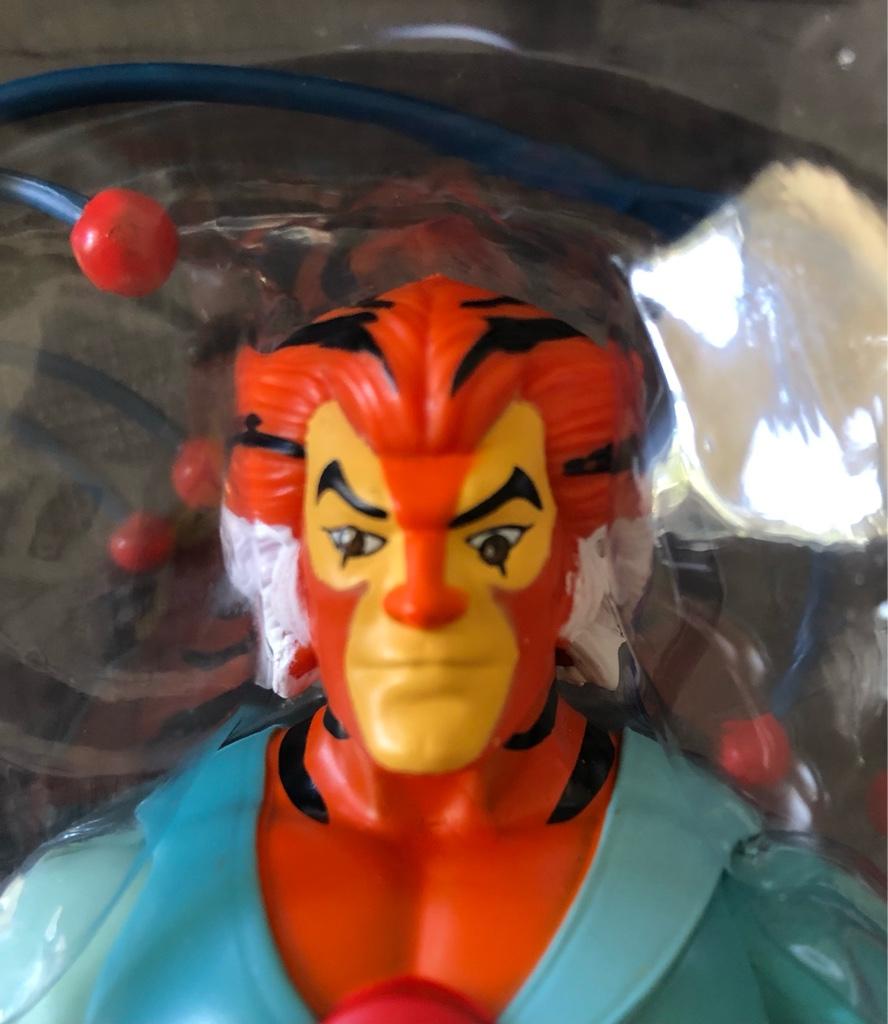 and touched up the white/orange hair split. I also painted the ears that were painted white with hair. 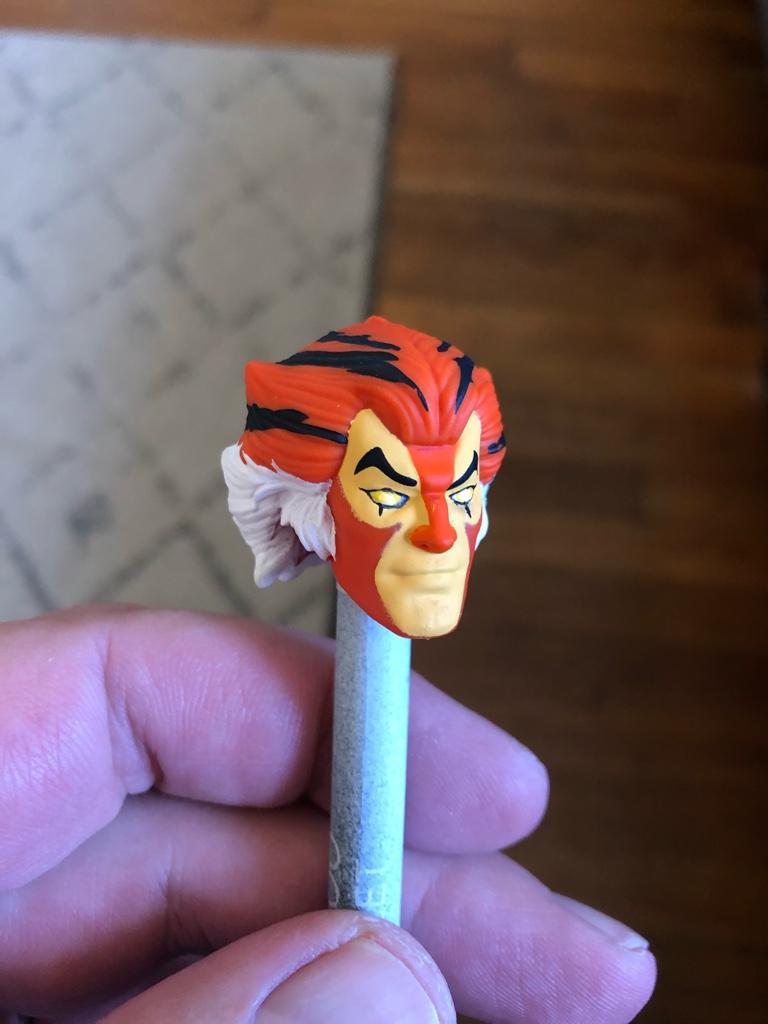 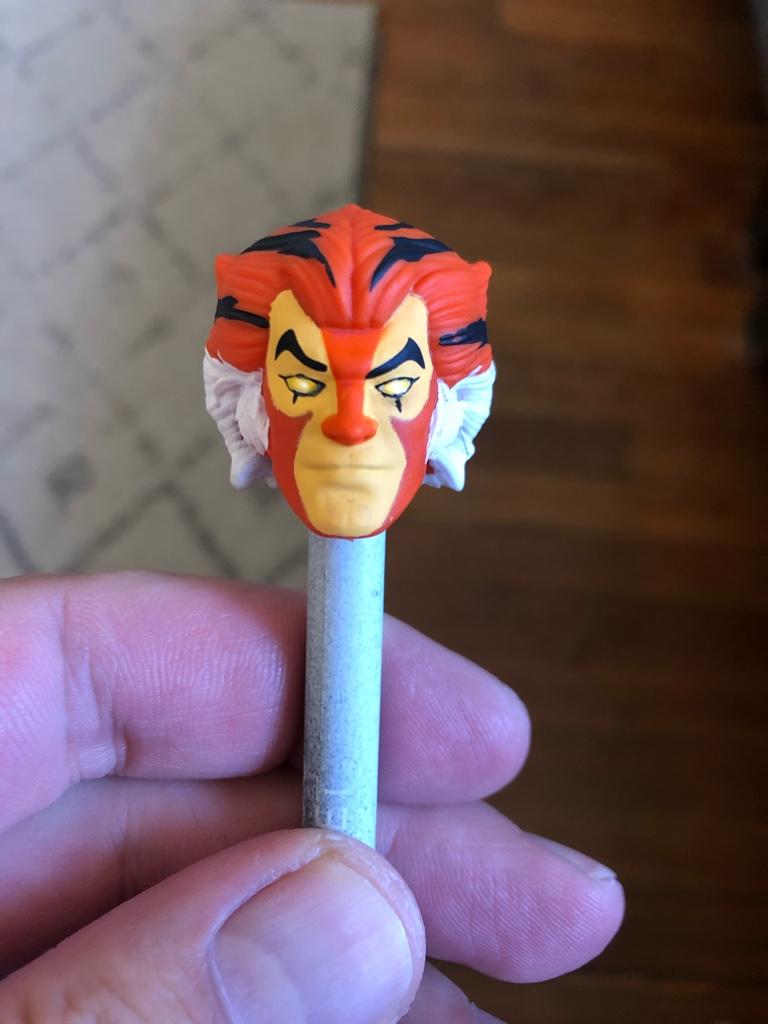 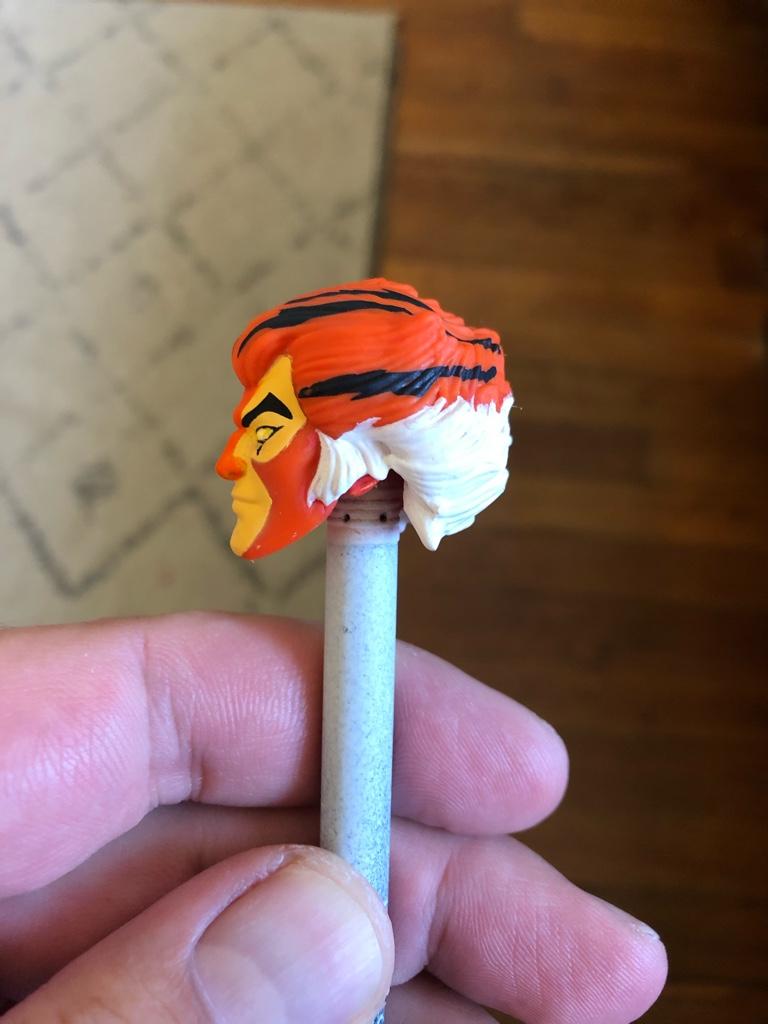 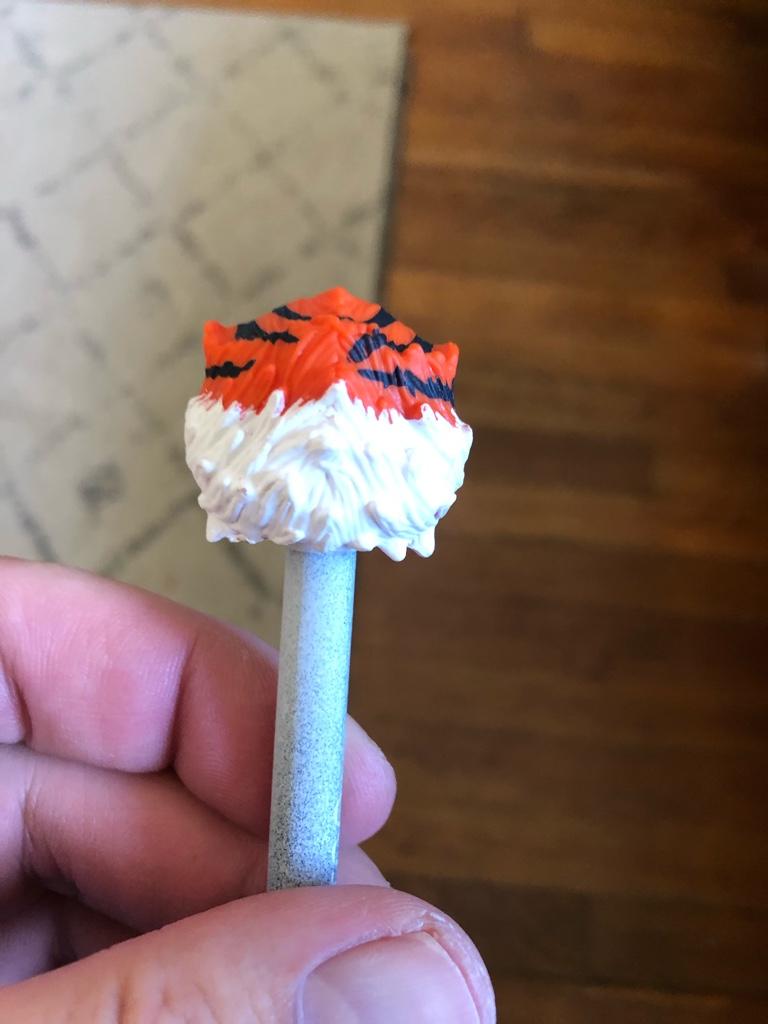 Nice job. Way to make lemonade out of lemons.
Top

They sent a brand new figure, when I only asked if they could help me secure a replacement head. BBTS’s customer service has always been tops (at least from my own experience).

Good to know. I can see inventorying dismembered body parts being an issue.
Top

(And yeah, when my Ultimates Metalhead had a big gouge on his chest in the sealed package, they sent me a whole new figure. Didn't even want the dinged one back.)
Top

So, strange to anyone else that Wave 6 still hasn't gone back up for pre-order? I assumed when they said they launched it before they meant to it would be a few hours or a day to correct something... but it's been a week now.

I wonder if it was licensor approval issue or something else.

It probably doesn't help that since Wave 6 brought us no new characters at all, I want it to get out of the way in a hurry so we can get to Wave 7 and hopefully some fresh characters. Sigh.... collectors, never satisfied

Also... that is a gorgeous job on the Tygra head. Now I'm low key hoping one of my Tygra's is messed up like that so I can get a replacement figure... these figures are too expensive to buy extras for custom fodder, so a bonus figure like that would be a total blessing to me.
Top

I finally opened my Tygra yesterday. The paint looks great, and the missing armband is no big deal to me, but man his range of motion is really limited. Especially on the ankles and knees. It's a bit frustrating and disappointing, as I'm having a hard time finding more than one or two cool poses for him.
Top
Post Reply
2275 posts