Up-Up-Down-Down-Left-Right-Left-Right B, A, Start! - Here is the place to discuss toys related to video games!
Post Reply
464 posts

I think it's still the closest they've done to a classic Spawn, right? Not counting the kickstater which I wasn't gonna pay for. I might pick it up.
Top 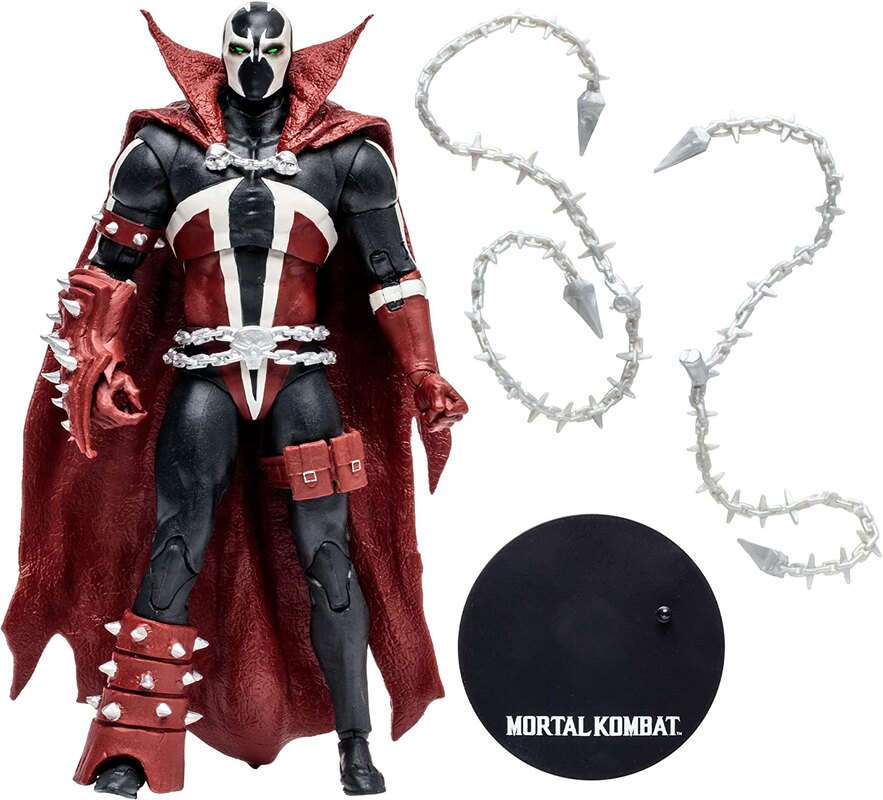 Eh semi classic. It still has the incorrect big boot and gauntlet. There is a way in the base game to remove those gear pieces to have the complete classic costume but you have to earn them in the classic tower matches. However I suspect that McFarlane Toys intends to save that release for their Spawn universe toyline. It’s too easy to not make the attempt.

Yeah, semi-accurate. Even the skulls on the cape are from the newer version (reuse) instead of the classic skulls like his belt.

I’d fully expect Todd to do a proper classic Spawn in his Spawn line eventually.

Beyond them, still no Kano, Kung Lao, Geras, Rain, Shang, or Kollector either.

I refuse to accept that Nightwolf and Baraka would sell more than Mileena. I’ve seen her fans online. They’re insane and voracious.
Top

I saw kitana in store recently and she looked fantastic.

Mixed feelings with that Shadow Spawn, face looks off, liking better the face on my 1st release spawn.
Top

in hand review of the new batman who laughs and shadow spawn.
https://youtu.be/tAG0iLOzBnI

I have the Shadow Spawn pre-ordered. What's the cheapest Spawn figure that comes with that green effect piece? I wanna get as close to the Spawn #1 cover as I can. I would assume Commando, but they're not like that cover. They're like...horizontal swords, if that makes sense?

I have my Throne Spawn's arms down at his sides, and I put them in his hands "backwards," which makes them point upward like flame would.
Top

Apologies for quoting you a month later, but just today, I saw Kitana at a Walgreens I hadn't been in for several months. I thought she looked great and bought her. I vaguely remembered seeing pictures of the two versions of her, but couldn't remember how far back she was released. I was surprised to find YouTube reviews from two years ago! I can't believe I never came across this figure before today.
Top

My Spawn was delivered yesterday and I have not opened it but I watched Robo's review. I think this was the Spawn I was waiting for even more so than Garbage Throne Spawn. Todd really is a mystery. Why release sucha perfect Spawn in a video game line as opposed to the Spawn proper line where he could be kitted out with Spawn related extras? The chains look cheesy but I'll be getting a cloth cape and and chain set as well as some custom 1/12 scale chains I bought years ago to take care of that. I think without the boot and glove this might have been the best ever, including the Kickstarter Spawn who should have been the best ever but due to Tods's insistance on including a preposed torso and plastic slab shaped somewhat like a cape (which he made virtually impossible to remove) he falls short. I think I'm good until a Japanese third party company makes a bootleg cloth suit Spawn. Is Redeemer in this game? That might be the only way to get a good 90's Anti-Spawn Redeemer.
Top

Handsome wrote: ↑
Wed Sep 28, 2022 6:51 pm
I have the Shadow Spawn pre-ordered. What's the cheapest Spawn figure that comes with that green effect piece? I wanna get as close to the Spawn #1 cover as I can.

Malefik Spawn comes with the green effects and he is $17.99 currently on Amazon. You might also like the figure (as I do). I think I'll hold out for an even lower price he doen't look like he'l sell out.
Top

Thanks. I feel like I have to give him something too, since he has a gripping hand with nothing to grip.
Top 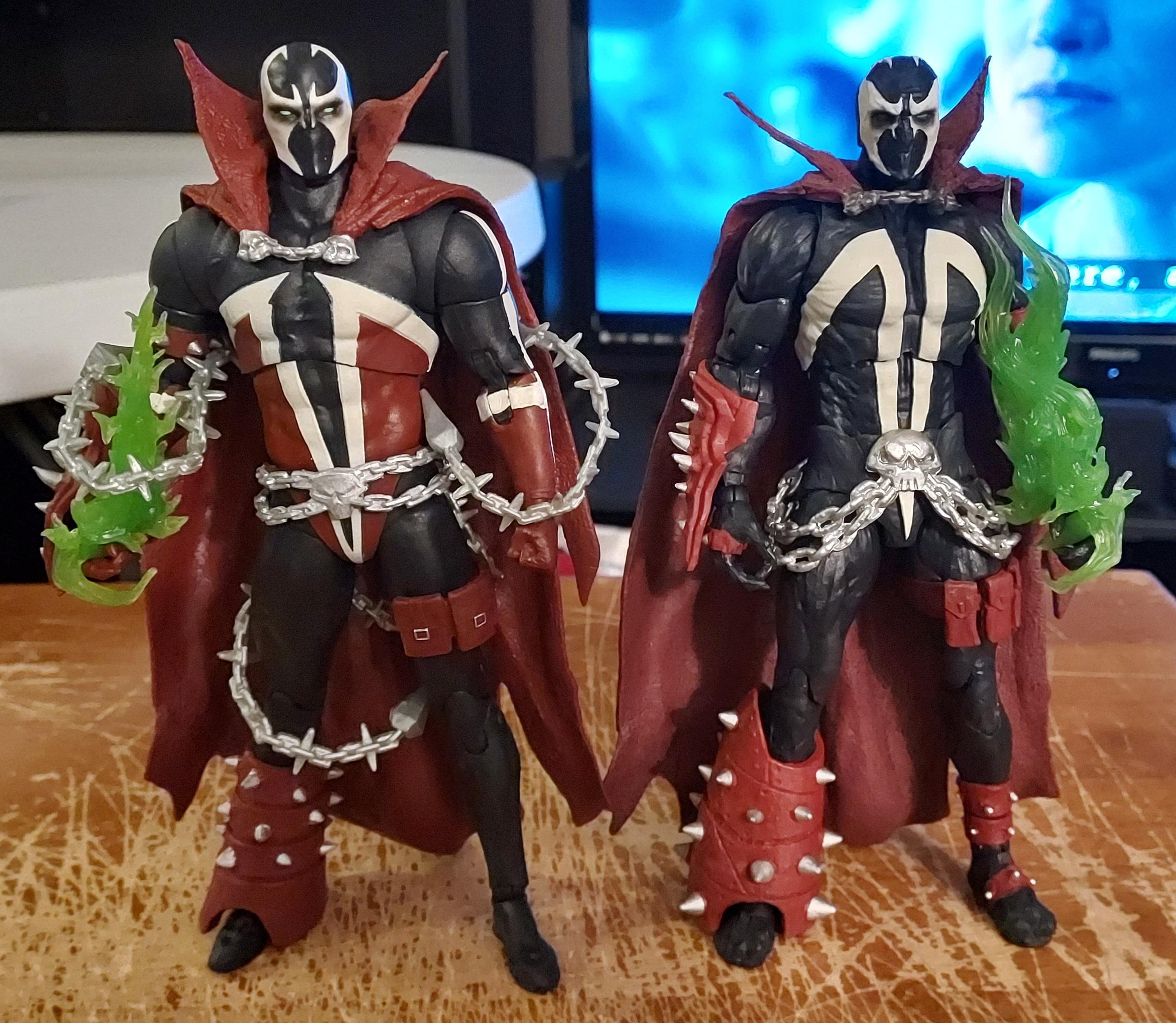