I HAVE THE POWER! - Masters of the Universe Classics, MOTU200X, the vintage toys, PoP and yes, even NA - talk about them in here!
Post Reply
1447 posts

NORM wrote: ↑
Tue Nov 30, 2021 6:42 pm
Stopped in Target this morning and saw a restock of wave 2, but so many Man At Arms! First time I spotted these, there were zero Man At Arms. This time, there were like 5-6, but no Teela. A couple each of Spikor and Beast Man.

This same Target has an end cap about 8 figures deep of each of the wave 2 figures now. More than I’ve ever seen of wave 1 all at once. Plus He-Man and Skeletor and Skelegod and Faker stragglers.
Top

Dormammu wrote: ↑
Wed Dec 01, 2021 6:19 am
How well would Stinkor and Fisto fit into a MOTUC display? I never got them before, but I suspect these new ones might fit in okay.

I added Spikor and Beast Man into my MoTUC display and so far they look pretty good. They scale pretty well and Spikor is just vintage enough to work. I already plan on adding in Stinkor and Fisto because I missed the Matty versions of those and these are a much more affordable alternative.

Looks good. I don't have any classics but I was originally planning on displaying these with the Thundercats. I don't think I'll have the room now that I got all these on sale figures.

Then again the Thundercats may never arrive......
Top

Does anyone know of a place selling custom armor for this Beastman?
Top

Got a shipping notice yesterday from BBTS for Wave two, which is good since they are MIA in my part of the world. Every Target, Walmart, etc. I've been to in the Houston area has only had Wave 1. These sold out quickly when they first hit stores, selling through a couple times over. Problem is, the third or fourth restock is just sitting there, collecting dust. The local Targets are choking on Faker sets too. Has me a bit concerned for future waves ever hitting shelves.

It's been over a week since MOTUR part 2 debuted, yet Mattel has yet to announce
Spoiler! :
Sorceress Evil-Lyn & deluxe God-Lyn
action figures. What's the hold up?
Top

I’m not a MOTU fan, but the fact that everyone is somehow pissed off about the Netflix show intrigued me. Watched the first three episodes yesterday, and it seems pretty good to me so far.

Bought the He-man figure since it was on sale, and I’m both pleasantly surprised and disappointed at the same time. The articulation is better than the 3 MOTUC figures I’ve owned. While i never owned a He-man from that line, I did own Battle Armor Faker, and comparing the sculpt between this Masterverse figure and that one, I see what could be a great figure with a few tweaks.

-The head is too small. I see how they could be going for that sort of small head look intentionally to make the bodies seem more muscular, but it just looks weird to me.

-the head for He-man also looks too soft and young. He looks like a strong-chinned asian woman to me. In fact, looking at the line, most of the head sculpts seem like they could benefit from sharper sculpting.

- the torso needs more range of motion, preferably at the waist like the Mythic Legions or GI Joe Classified figures.

- the skin texture for the torso should be used for the arms and legs as well.

- the harness is too small.

- the loin cloth is too stiff/gets in the way.

- I think maybe the shins are slightly too long(?)

Other than those gripes, I think the figure is alright overall. I might pick up the upcoming Skeletor as well, since the head looks improved in comparison to the current version.
Top

Evil Monkey Pope wrote: ↑
Fri Dec 03, 2021 1:53 am
It's been over a week since MOTUR part 2 debuted, yet Mattel has yet to announce
Spoiler! :
Sorceress Evil-Lyn & deluxe God-Lyn
action figures. What's the hold up?

And the other version of your first pick. I need both ends of the morality scale.

I haven't kept up with if the show and toys are doing, but I really need that She-Ra they showed via empty box at one of the cons.
Top

I have no idea if this account has previously leaked things, or where they found this, or how valid these images are, but worth posting just in case there's a shred of truth.

Megazarak wrote: ↑
Sat Dec 04, 2021 2:41 am
I have no idea if this account has previously leaked things, or where they found this, or how valid these images are, but worth posting just in case there's a shred of truth.

Considering we have seen packaging mock up with different branding for the Masterverse line, specifically Princess Of Power, I would say that She-Ra is a definite upcoming release. That picture would be a pretty good representation on her as well.

That Beast Man looks strange, but surprisingly cool. It appears to be a fairly standard take on Beast Man, but his armour is definitely a different take than what I have seen before.
Top

She-Ra is a definite upcoming release, per the tease at Power-Con, it's just a matter of whether or not these pieces of art are indicative of the releases. Likewise more Beast Man will definitely be coming, one of which would surely be under the New Eternia banner, which is what I would guess this one is, if real. The poster definitely seems sure these are real, as they even doubled down in the comments. Both look great, I think. Definitely a unique take on Beast Man, and that's about as classic as a She-Ra could get. That cape with the shoulder pads also reminds me a bit of the Netflix She-Ra show's design, like a mix of the first (the cape) and last (shoulder pads) designs.
Top

The Target Masterverse sale is now in store but it's limited to He-Man and Skeletor as far as the figures go.

Scanned Man-at-Arms, Beast Man and Evil Lynn and they all came up regular price. Not sure if bringing a He-Man to the register to fight with a cashier would work. Not really worth the effort to me, anyway.
Top

Yeah, I hope that Beast Man is for New Eternia. I'm honestly more excited for that stuff right now than anything else in this line.

More apparent news out of Brazil. Catra's got a Mattel watermark visible. 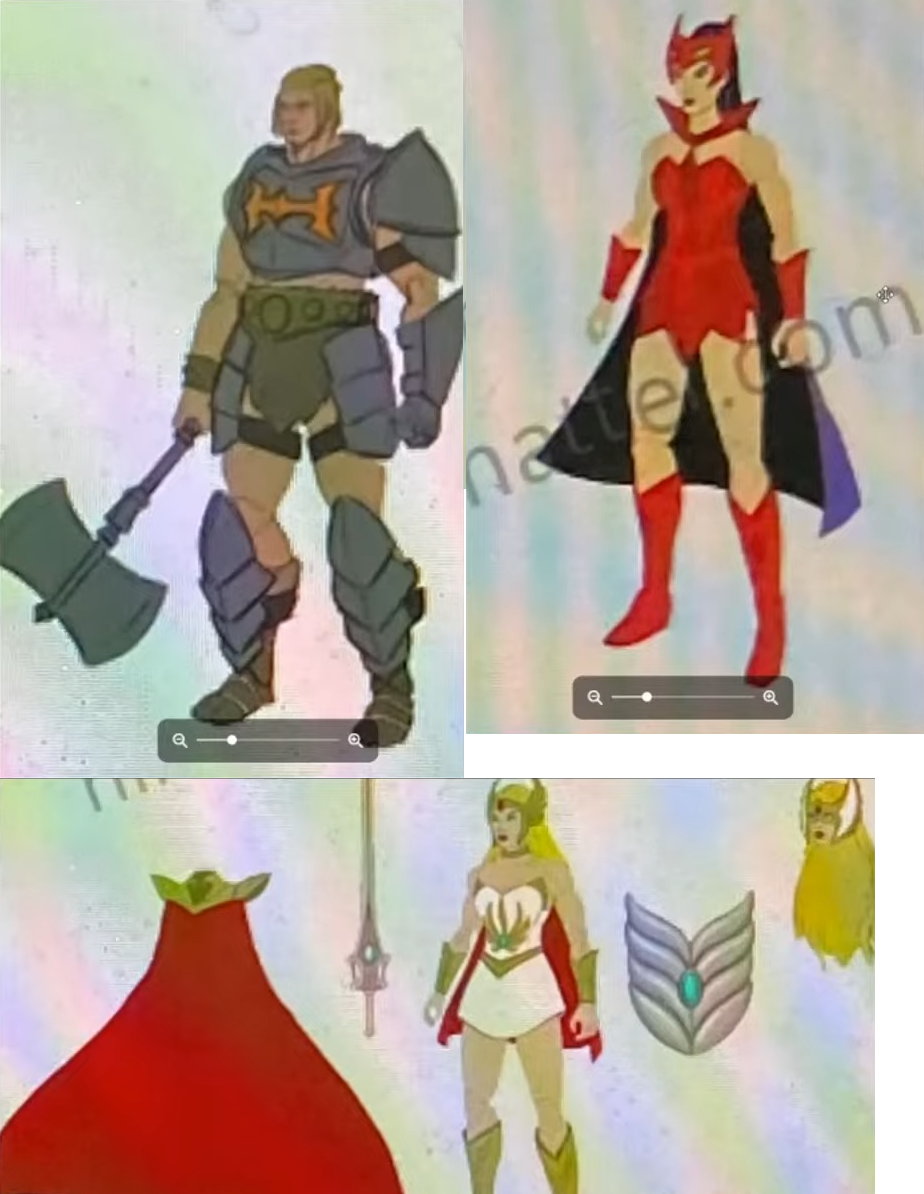 Based on a Google translation they're saying how they showed these in their last live show, Liga Motu. Far as I searched the video isn't currently up, and also still not sure where the original source is.

Edit: Around the 1:10:00 mark they start talking about it. Still no source (that I can understand, anyways).
https://www.youtube.com/watch?v=FQwZBKK ... aisSincero
Top

The small head issue really shows on Faker. I displayed him with the robot head and man is it tiny.
Top
Post Reply
1447 posts

Return to “Castle Grayskull: The Unofficial MOTU Toy Board”