NO EVIL SHALL ESCAPE MY SITE! - DC Club Infinite Earths, DC Unlimited, DC Collectibles and all the rest! Come in and talk about them.
Post Reply
7740 posts

MarvelElite wrote: ↑
Sun Sep 19, 2021 8:04 pm
Wouldn't be surprising if Three Jokers Bats ends up with a gold label edition with black undies, or an all black figure as a tribute to Batman 89.

That’d be cool! A longer eared head would suit me too. …and a blue and grey version to stop me having to get the y2 bats with the solid neck : D
I’d go for an unhelmeted but eyemasked red hood too. Super bonus marks for unjacketed like the concept art too.
Top

I mean, if we're talking Gold Label variants, Jason should definitely get one. 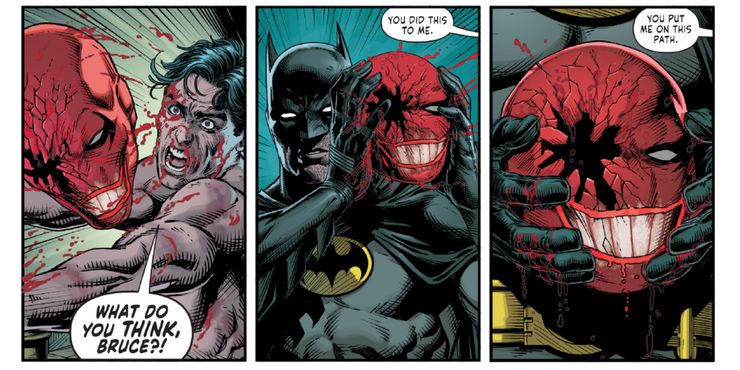 Or a more involved, unmasked and without his jacket 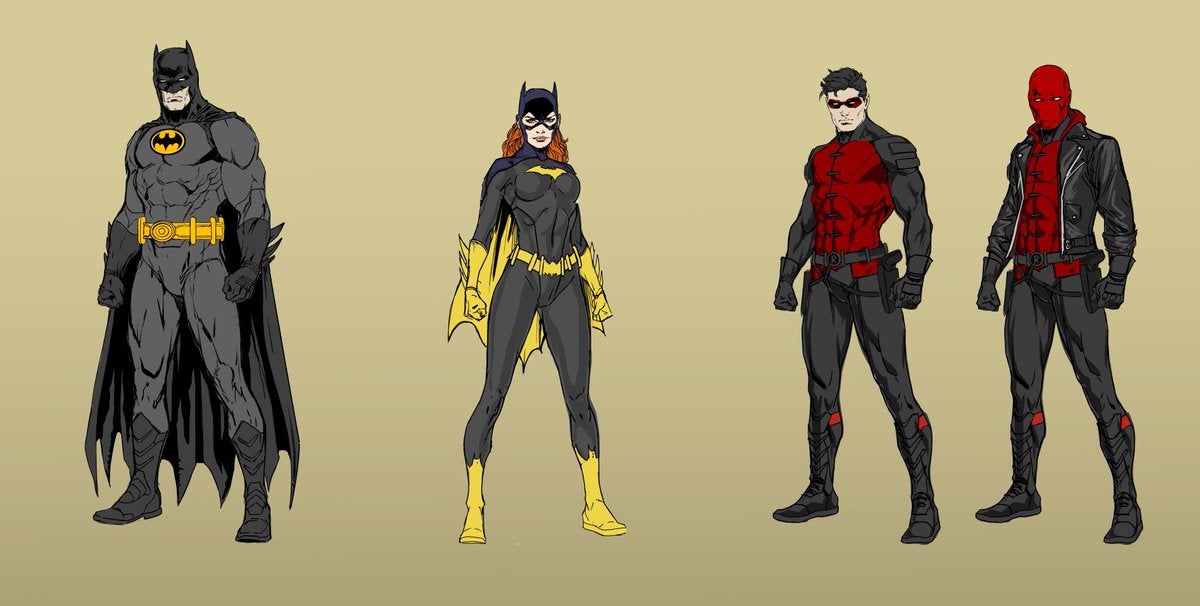 I really hope the new Batgirl is better scaled than the first release, so I can upgrade to her on my BatFam shelf. Batman looks incredible, so I'll pick up him and the trench coat/hat Joker. Will probably pass on two of the Jokers (I've had enough of him to be honest) and Red Hood (Don't really dig the costume and think the one we have is perfect)
Top

Given that the two seem to share several parts (based on the photo of the second Batgirl), I would not hold out hope for a smaller sized Batgirl.
Top

Love this wave, especially the Batman, and all three Jokers. Batgirl and Red Hood are very nice as well.

That being said, someone really needs to tell Todd that Batman does have other adversaries besides the Joker.

In fact, Bats has arguably the best rogues gallery of any comic book crime-fighter, and they desperately need some Multiverse figure representation. McFarlane would absolutely kill it on figures like Two-Face, Penguin, Black Mask, Scarecrow, Mr. Freeze, Catwoman, Riddler, Ras, and etc.

Once these 3-Joker figures come out (and possibly the "Death of the Family" Joker), I honestly don't think you could get me to buy another Joker figure. So hopefully they will start expanding on the Bat rogues gallery in the coming months.
Top

A local Target was showing the exclusive armored Darkseid in stock. He was nowhere to be found, but this was my consolation: 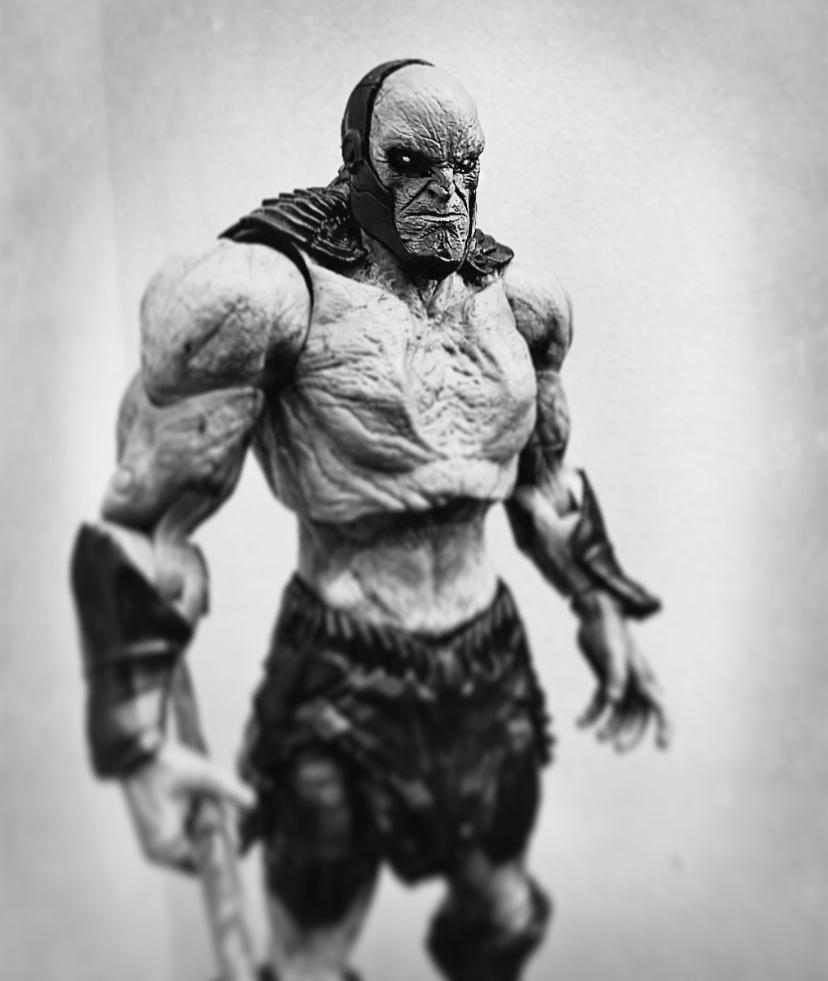 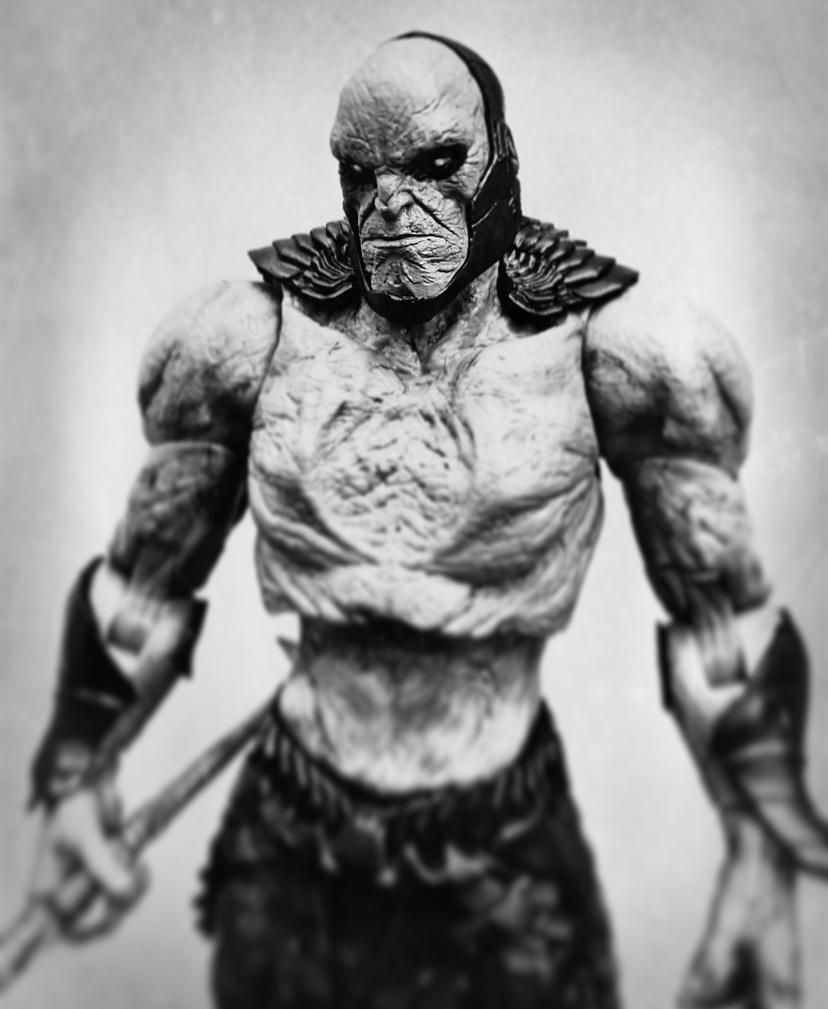 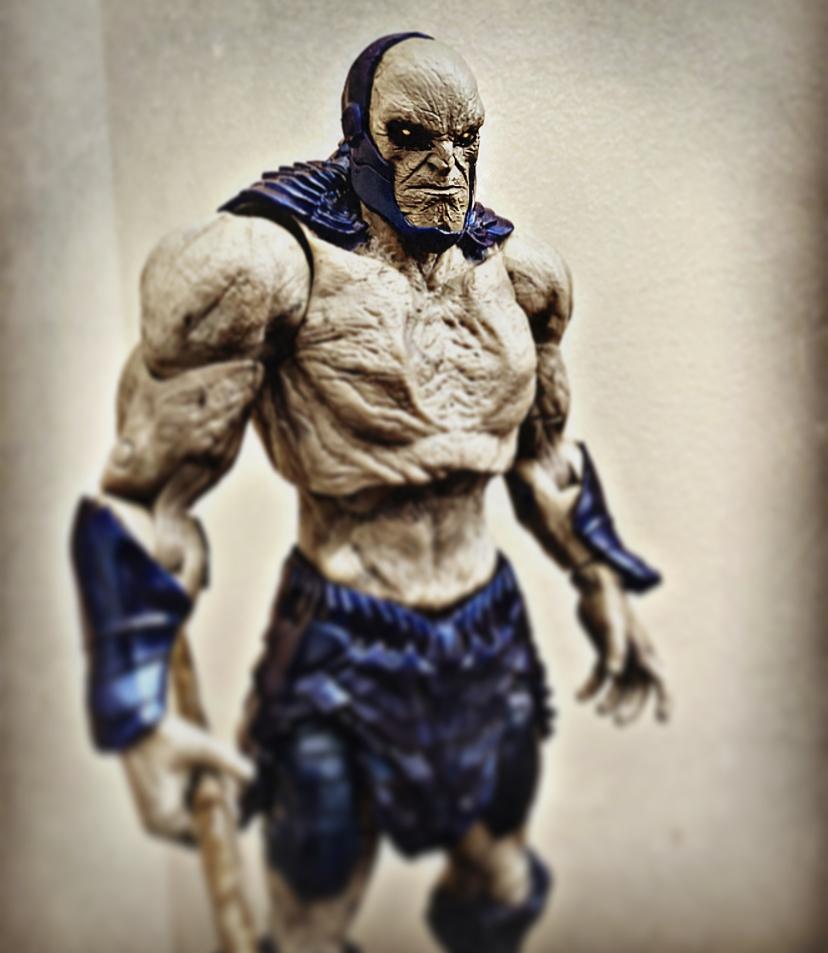 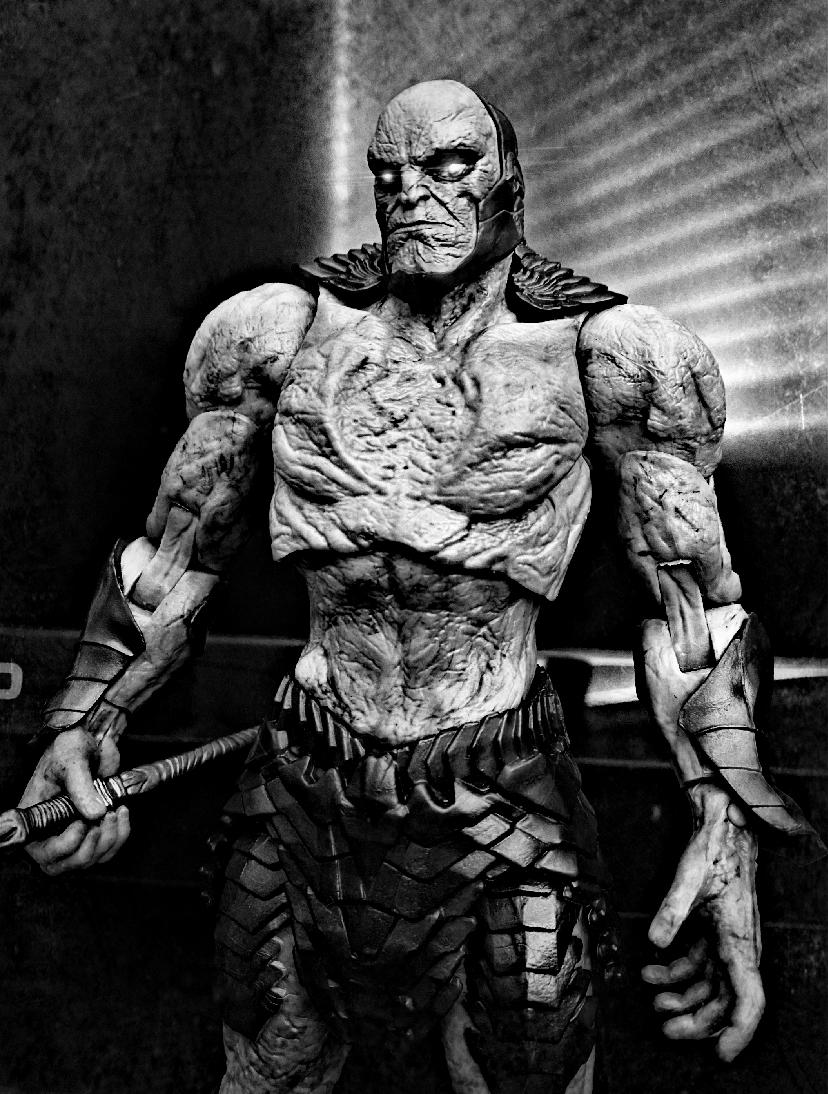 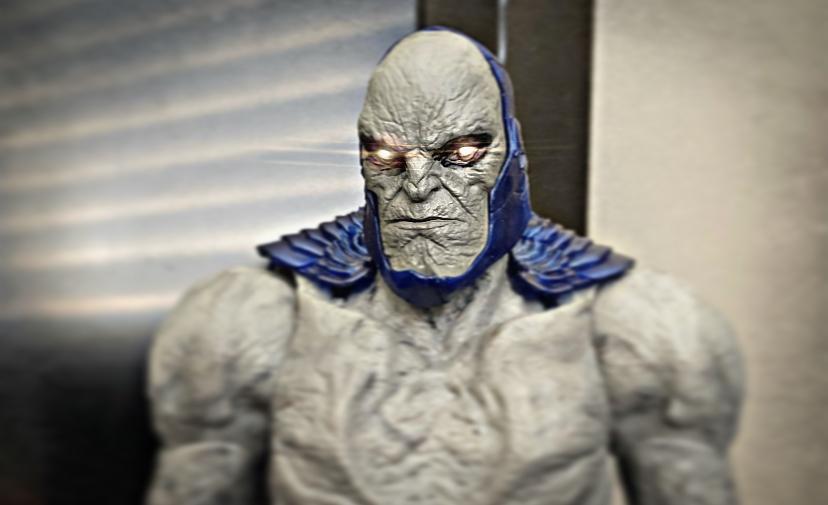 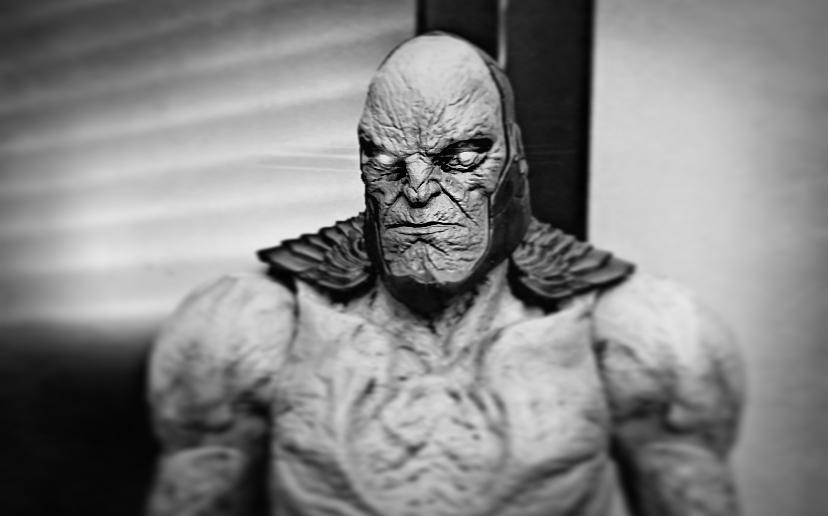 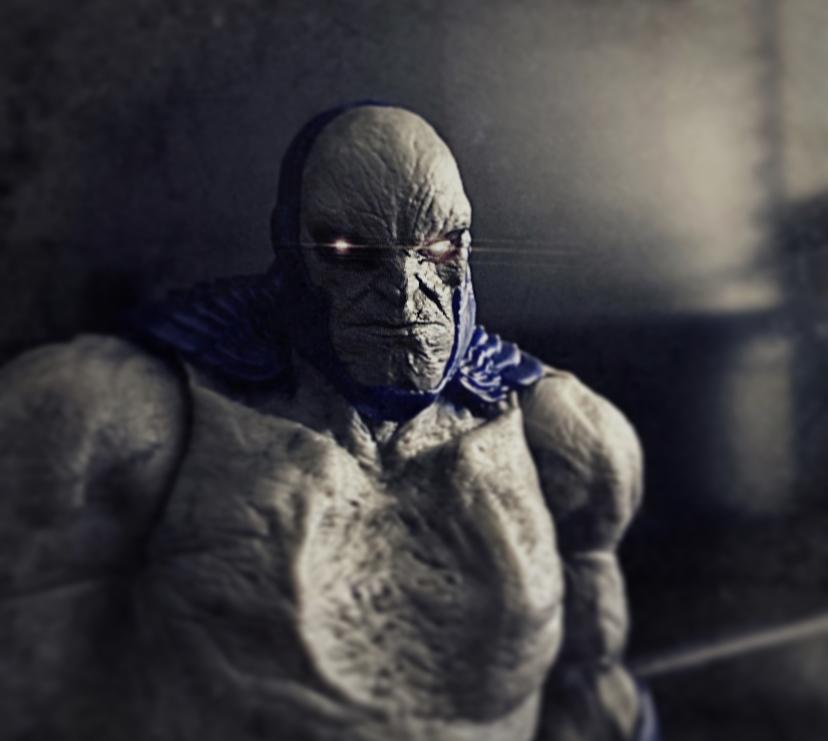 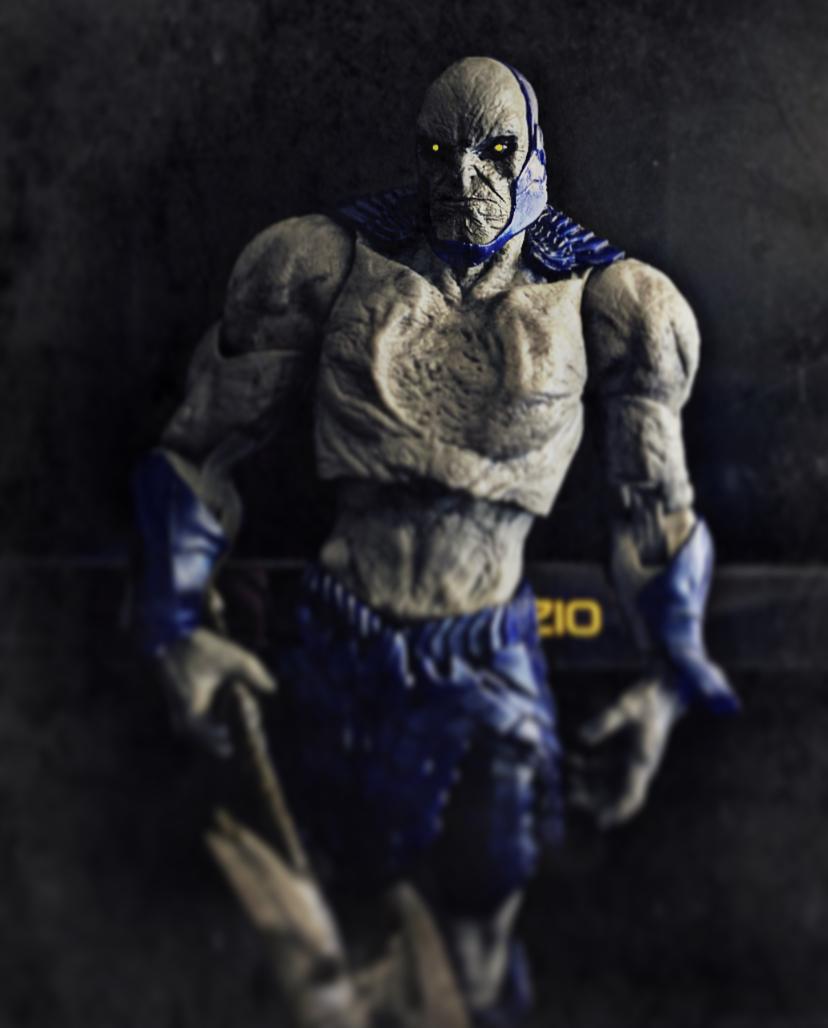 Did you ask an employee if there were any in the back? About a month ago a Target about 30 minutes away from me had Armored Darkseid listed as "in stock", so I drove over and found nothing on the shelves. But I asked an employee and he kindly went in the back and brought me out 2 of the armored figures. It never hurts to ask.
Top

I did not, and now that you mention that, I regret not asking. It was later in the evening, and had a long day, so after searching for a bit, I bought the unarmored

Yeah, I feel you. I went first thing in the morning. I found the entire Marvel Legends Ursa Major wave on that same trip. It turned out to be a very expensive excursion.

I have the unarmored figure as well, and he's cool too. Just wish his lower abdomen wasn't so skinny. They really should have made the armored figure the standard release, and the shirtless one the Target exclusive.

os189 wrote:Looks like Todd is slowly improving as he goes on with DC...that's a good thing.

But man, did anyone actually LIKE "Three Jokers" the book? Bleeeecccch. What trash. Just awful, in my opinion.

I think the story would have hit better if it had come out a few years earlier, as it was originally intended.

I don't want to spoil for those who haven't read it yet, but:

► Show Spoiler
The finale of 3 Jokers is actually a good setup...Joker reveals he knows who Batman is, tries to use Joe Chill, and the whole thing takes place at the Monarch Theater. That's some grand opera type stuff...the problem though is this came out like a month after Tynion had JUST done a huge "Joker knows the secret and uses the Monarch Theater" in the Joker War storyline. And, if I recall, the Monarch is destroyed in both stories.

This isn't really the fault of either writer, but it is the fault of Didio & DC...somebody edited these books, and somebody didn't do enough to communicate that one of the writers should change up the ending (I believe Fabok said on Twitter that 3J was, indeed, in continuity...though he may have been incorrect). But, it is what it is...John's' story was about 3 years later than it was supposed to be, so it's just kind of a thing that exists.

I liked Babs & Jason bonding over their shared trauma, that is very realistic. It's also realistic for something sexual to happen in the moment, and for at least one of them to have regrets later (psychologically speaking, this is all really good stuff). Where a lot of people had an issue with it was that it happened with 2 characters they don't "ship" together, so people got upset. But it's written well, and judging by Jason's lost note at the end it never needs to be addressed.

Joker's (well, one of them) wife & son alive, I'm fine with that. They'll never be followed up on either way.

My only real gripe is the concept of the Jokers themselves. When the idea was pitched in Darkseid War, and mentioned in Rebirth, it was very obviously a setup for DC's timeline shenanigans...1 Joker would be the Golden Age Gangster, 1 would be the Post Crisis brutal killer, and 1 would be the modern "Grant Morrison / Scott Snyder" version. After all of the delays, 3 Jokers dropped all of the timeline and Multiverse stuff and went with a story where Joker literally tosses people in the acid to "make a better Joker"...they aren't 3 versions of 1 guy, they are literally 3 different guys. And I know the ending makes it ambiguous, with Joker's words about how it could all be a big lie, but we do see the Jokers in the cabin interacting. It looks pretty literal there...I just wasn't a fan of that.

Art wise, it was my favorite book of the year. I've always enjoyed Fabok, but this might be his magnum opus...with no time constraints, he absolutely killed it.


Anyway, I'm down for every figure from the book. They all look stellar.
Top

Once in hand adding the black trunks (if desired) should be a super easy paint job. I'll probably do it to at least one or two of them. As I plan to get multiples of this one. 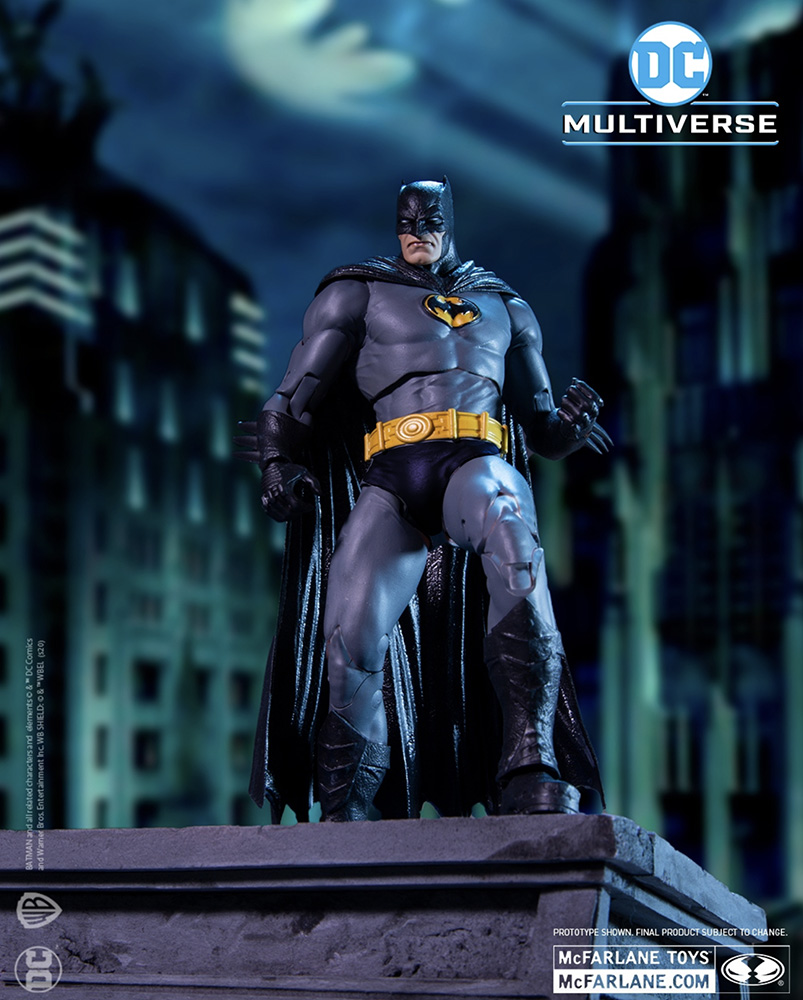 That looks great. Anyone know an easy trick to getting a clean edge along the utility belt? If so, I might give it a try.

I also feel like the symbol's really small on his chest, but I can let that slide.

That’s the size I think the oval should be (not just on this fig but in general), and I can’t stand over-sized versions. Huge ovals are deal-breakers for me, hard stop.

Goes to show you can’t please everyone!

I would only like it to be just a wee bit larger. But again, it's alright. I do think the ears should be longer, and the face less wide, but either way I'm getting this Batman. It looks fantastic, but I was kinda hoping this was THE ultimate Batman. And it's not. It's close, but still not yet. But that's okay, they'll make more later.
Top

Dc direct batman Inc head on this might work.

There's a chance it might be too small. But also might work. It's about the same size as Death Metal Batman's.
Top

FPJonesIII wrote: ↑
Mon Sep 20, 2021 1:51 am
Made a comparison and I'll admit that I was incorrect, but it's definitely not completely new. The mouth and chin are different, but everything else looks identical to me:

Seeing this actually made me realize how much I prefer the Death Metal head. It looks like a Batman in his mid 30s. Just need that head to be slightly larger, and slightly longer ears, and there you go...

maverick10126 wrote: ↑
Mon Sep 20, 2021 7:13 am
I love how Todd puts out one of his best Batman’s and a Batman that’s pretty similar to the much praised David vonner prototype…and theres still comments like “well…I wish this was different.” It’s just funny. Everyone has their own preferred look for Batman.


Vonner absolutely nailed the costume and cowl for each figure. The blue head sculpt is perfection. The black/grey face looks a little sad to me, but the ear length and design are almost perfect. Both of those Batman figures look like they are the right age for a Bruce Wayne in his prime.

McFarlane just makes every Batman look like he's 50 except Grim and Death Metal. Even with small issues to costume accuracy (cowl/cape on 3 jokers Batman, emblem/boots on Y2 Batman), I prefer these overall to the Vonner offering. Just want a better face/head sculpt.
Top

maverick10126 wrote: ↑
Mon Sep 20, 2021 7:13 am
I love how Todd puts out one of his best Batman’s and a Batman that’s pretty similar to the much praised David vonner prototype…and theres still comments like “well…I wish this was different.” It’s just funny. Everyone has their own preferred look for Batman.

It's not similar at all imo. It has grey trunks. Vonner's Batman figures were the two most iconic versions of Batman, black trunks/cowl/cape/grey and blue trunks/cowl/cape/grey. Todd's/Three Joker Batman ranks very low on iconic/most wanted Batman costumes. Who was clamoring for this specific grey trunks look from 3J? I don't think many were to be honest.

If this figure had black trunks or blue trunks/cape/cowl it becomes the best Batman figure ever released at this price point easily, maybe ever in general (though the MAFEX Hush releases are hard to beat imo). Luckily it is an easy paint job for the black and once it gets done it will be a perfect figure for me.

Frankly, it is pathetic we haven't seen a good classic/iconic Batman, Superman, or Wonder Woman release yet. This Bat figure is the closest we got. We all know Todd has the potential for figures to be Figure of the Year or be the definitive figure for characters, he has done both multiple times over in my eyes, but he needs to do it for the Big Three still, that's why even great figures like this can come off as disappointing. I think that speaks more to what Todd accomplished and the potential of the line. I mean, if we got this from Mattel, we all would be freaking out at how great it is lol. We get this from Todd, and are like, amazing, but.... (enter criticism here).
Top
Post Reply
7740 posts

Return to “The Watchtower: The Unofficial DC Toy Board”