What dino would they even do next in the Amber Collection? They'd really need to start going bigger, and that means a significantly higher-priced item that wouldn't sell as well. They pretty much exhausted the figures they could do that were close to human-sized.

I'd love to see them move to a crowdfunding model if they think they've exhausted what they can sell at retail. There are very few twelfth scale dinos I wouldn't back immediately or even buy multiples of.
Top

Read the leaks regarding the 1/18 line: looks like only 6 humans are announced so far. 2 Owens, Claire, Maisie, Kayla(?), Grant & Malcolm.

With so many other returning characters announced (like Wu, Zia, Franklin & Barry) as well as a new character played by Dichen Lachman (who I love in Altered Carbon and The 100) and some of the human villains...I was hoping for more than 6. :-/
Top

EnigmaticClarity wrote: ↑
Fri Jan 21, 2022 2:05 pm
What dino would they even do next in the Amber Collection? They'd really need to start going bigger, and that means a significantly higher-priced item that wouldn't sell as well. They pretty much exhausted the figures they could do that were close to human-sized.

I'd love to see them move to a crowdfunding model if they think they've exhausted what they can sell at retail. There are very few twelfth scale dinos I wouldn't back immediately or even buy multiples of.

There was that rumor from ages ago about a Gallimimus, I believe. Would probably be a bit bigger than the Raptors, but they could fudge the scale a bit. If they wanted to stick to smaller dinos, there was still the baby Stegosaurus, maybe do a Dimorphodon-style pack of some of the Baby Pteranodons from JP3. After that, they'd have to get into bigger scales, sure, but crowdfunding isn't a bad idea. For a fully articulated, well sculpted, well painted, in-scale dino, I'm sure you could find the needed backers.
Top

GIve us a Mattel Creations Amber Collection T-Rex and you've fulfilled the dreams of one of the largest chunks of high-end dino collectors out there--possibly THE biggest chunk. Beasts of the Mesozoic just raised $600K for 1:18 and 1:32 scale versions, so you've got a blank slate with no competition aside from the Colossal T-Rex at the 1:12 scale. Seems like a no-brainer project for that crowdfunding line from Mattel.
Top

I was hoping for Lex, Tim and Gennaro before this line ended and maybe a Jeep. Oh well. Fingers crossed for a Lex/Tim 2-pack surprise.
Top

If they do any more 1:12 scale product I’ll buy it. Otherwise I’m not interested.

So maybe a dumb question, but what's the likelihood of the Hammond Collection turning up at BBTS?
I know its billed as a Target exclusive but I recall the Amber Collection supposedly being the same but most of those turned up at other retailers.
Top

Probably no chance unless it becomes no longer an exclusive, kinda like what happened to waves 7 and 8 of the Masters of the WWE Universe figures. Unless it's actually "first to Target" rather than a full exclusive, but it seems like the latter at this point.
Top

I was always committed to both scales, but still would've liked a few more humans in Amber first.

Also, hopefully this is a way to get, say, Legacy Hawaiian shirt Nedry, for those of us who missed the exclusive.

Of course, I just saw these announcements now, and have already missed the Parasaurolophus, so...
Top

With the release of the JP3 Velociraptor and Pteranodon I was hoping for a JP3 Alan Grant in the amber collection... Really sad news.
Top

Yeah I’m really bummed too. I went into the Amber Collection with both barrels because I’ve been wanting a 6” scaled super articulated JP line since the mid 2000’s. I was hoping we would get the entire human and dino casts of both JP and TLW as those are my favorite entries if the franchise. Now that this line is over I won’t be collecting JP figures from Mattel anymore and I’m not much of a statue collector, so I won’t be going the iron studios route (as tempting as some of those pieces are. I’ll stick to the unlicensed 3rd party figures because at least makers are usually willing to go in the kinds of bold directions that big toy companies won’t or can’t touch.

I only stuck with the 3.75” scale stuff. I chose that because I feel world building is easier and can be realized in this scale. I don’t see a long neck happening in 6” scale. That said I wanted so bad to jump into the amber collection. Collecting the black series I wanted that scale for the humans at least, the details are better, shelf presence is great. Everything looks better at a 6” scale….. 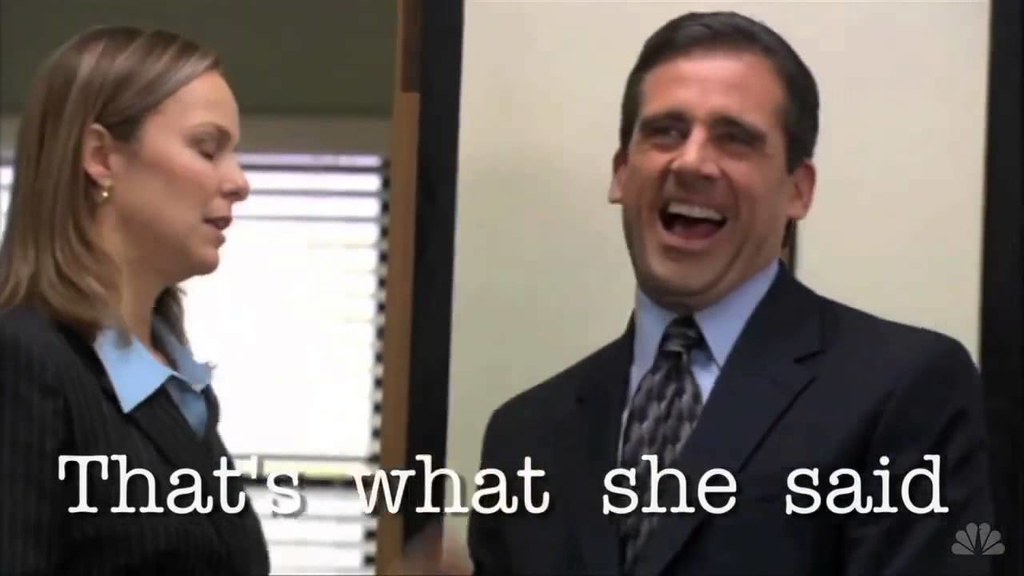 I knew deep down mattel would kill the 6 inch scale so I didn’t jump in just so I didn’t get disappointed. 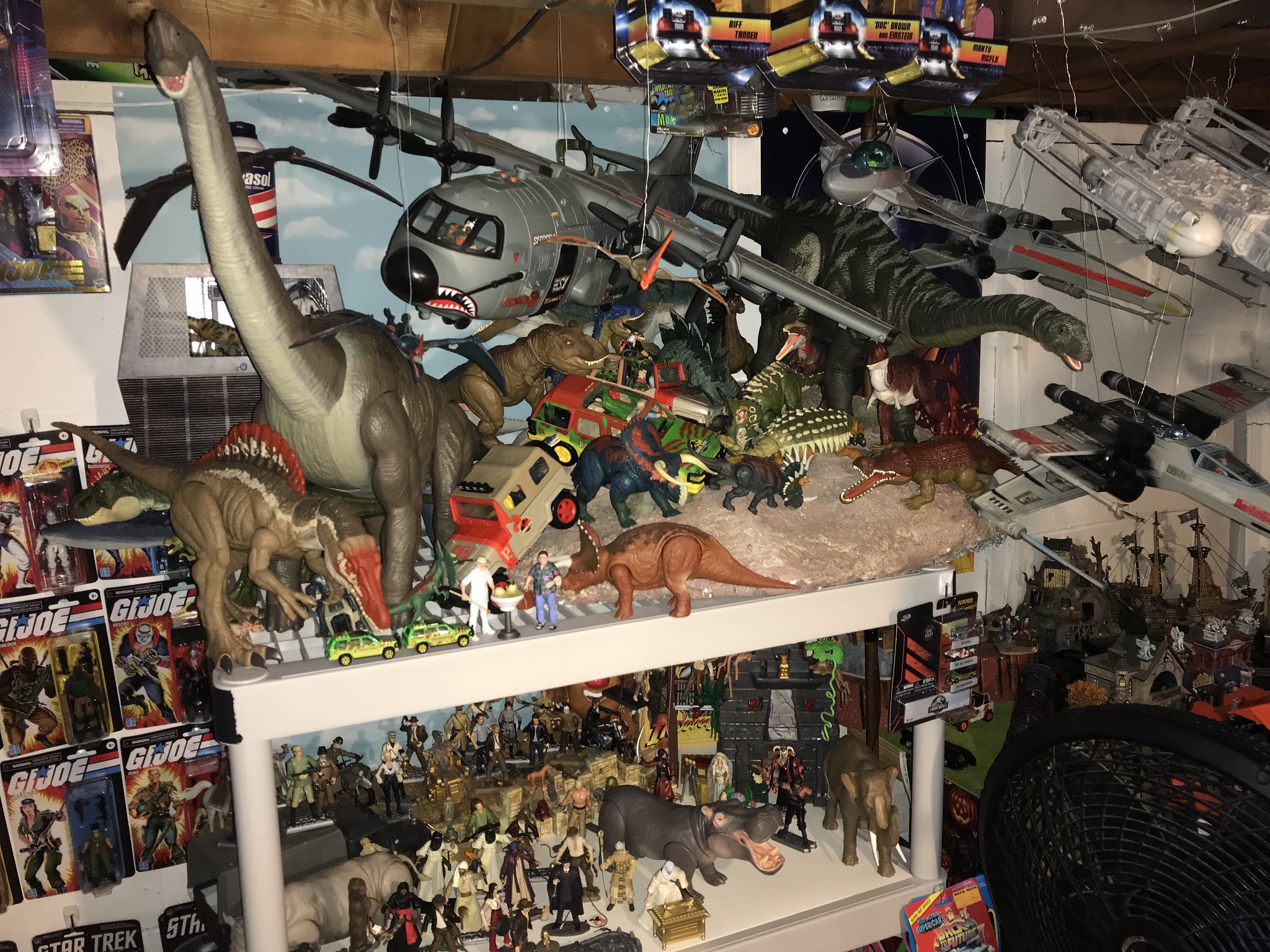 Your display is awesome!
Top

What really irks me is that I was really hoping we would see a Mattel Creations 1/12 Scale Tyrannosaurs Rex that was compatible with the Amber Collection line down the road but now that they’ve discontinued the line it hardly seems worth the effort. And considering the fact that T-Rex is literally a dime a dozen in the standard 1/18 line, do you really think any buyer is going to want one in the Hammond Collection? This whole brand seems pointless now. If collectors want 1/18th scale figs then they are spoiled for choice at this point. Mattel has made close to 500 figures already in just 4 years. So we don’t need this kind of bleed over effect in yet another 1/18 scale JP line. We already get that with Legacy Collection, Camp Cretaceous and the main JW lineups. So to kill the only 6” JP line that Mattel had in exchange for more 1/18 figures is senseless. And if this is just an excuse to inevitably make more dinosaurs that were never even in the original movies to begin with then I’m leading a revolt lol.