IT'S CLOBBERING TIME! Here is the unofficial Marvel toy board. C'mon in and talk ML, MU, Select, and all of the other Marvel toy lines.
Post Reply
637 posts

The M'Baku head could cover all of the wonky neck joint and they can add an overlay to it as well.

I don't know what to tell you; Beast is actually oversized. Unless it's the modern look, then M'Baku would be oversized on the Sasquatch body.

What I hope is that we get a Man-Ape figure that doesn't suck, regardless of what body they use.

Man-Ape looks way too tall for that Beast body as a base, both in classic and more modern renditions. 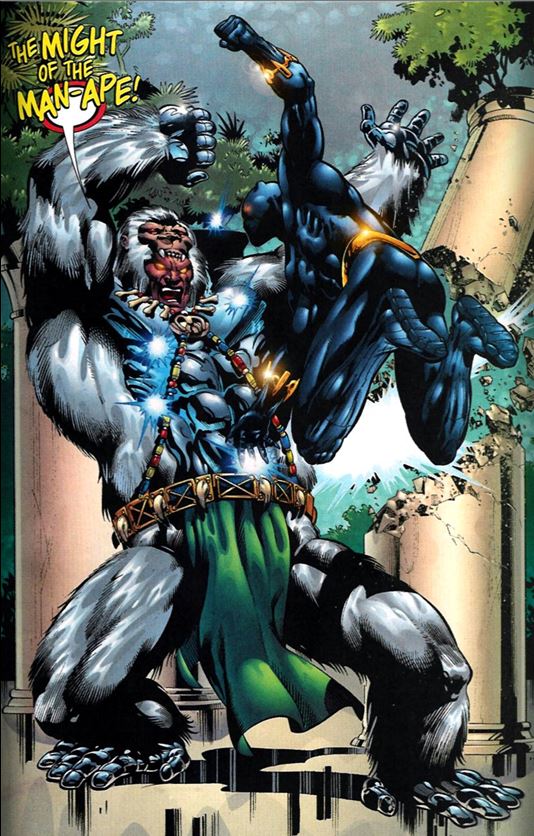 Honestly, with the Sasquatch body, it's a lot more cost effective to just produce a few overlays, possible weapons and a new head versus new legs in addition to those parts. He'd probably need new hands, too, to be honest.

We'll just have to agree to disagree on this choice of base body.

This all may be moot, however. With the Sasquatch body having been made, what four years ago (around the time of Deadpool 2, I think, so 2018), or even if they did use Beast, a three year old body, they've had ample time to make him without any indication he's even on their radar. Then I see things like Mr. Fixit being used to make Mr. Hyde in less than a year's time, and it makes me think they have no plans to produce him at all. And that's the really unfortunate part. I loved him in those classic Avengers comics, as well as "Avengers: Earth's Mightiest Heroes".
Top

...On the subject of Fantastic Four, I FINALLY completed my Blue & White-suit team (well, almost!, Still need powered-down Johnny & Invisible Sue!) at some nice Clearance-prices via Game-Stop, except for Thing whom I found at a local collectors' store for $23! They look Great next to the HERBIE I have been sitting on for years since the Walgreens wave! Although I am wondering if that wave's Torch isn't actually a better figure, lol.
Top

Ursa Major body with different hands and feet is maybe the M'Baku appropriate existing body. Not as big as Sasquatch; significantly bigger than Beast
Top

The height might work, sure; it also might work for a classic/1st appearance Man-Ape. I don't think it'll work for a more modern Man-Ape, as the chest hair and anatomy would just be far too off. I mean, if they wanna just make a new body for Man-Ape, that's fine, too, and I wouldn't complain.
Top

I mean a new body is the real answer.
Top

Gladiator wrote: ↑
Wed Sep 28, 2022 5:44 pm
A bit off topic, but I found it odd at the low rumored release of Fantastic Four products for 2023, especially with the infant stages of hype around a movie. We’ve been getting tons of retro, Galactus, heralds, etc, but not more products? Meh, maybe they gonna go hard in 2024. No idea.


I wouldn't expect a big push unless the movie is scheduled for 2023. As far as I know, it's not.
Top

Gladiator wrote:A bit off topic, but I found it odd at the low rumored release of Fantastic Four products for 2023, especially with the infant stages of hype around a movie. We’ve been getting tons of retro, Galactus, heralds, etc, but not more products? Meh, maybe they gonna go hard in 2024. No idea.

This is a question I’d love for someone to ask them at a con. (I mentioned it around SDCC). It’s specific and pointed without being rude or about one character. “If you know FF has a movie in 2024 and Disney prefers comic versions of movie characters be avoided to prevent confusion, why isn’t there a FF push before their MCU debut?”

You could rattle off a ton of properties this impacts. And as much as I complain about X-Men teams needing completion, this is actually a fear I have about the 80’s and Astonishing teams; can Hasbro get them out before X-waves are all MCU in probably 2026? Will Deadpool now get an all MCU wave as early as 2024? The Avengers and solo movies gave us a ton of d-listers, so maybe we’ll get all the no-name villains like Nasty Boys and MLF here and there, but we can reasonably expect GotG is a template for how many figures movie characters will account for in a wave.
Top

It seems to be happening. 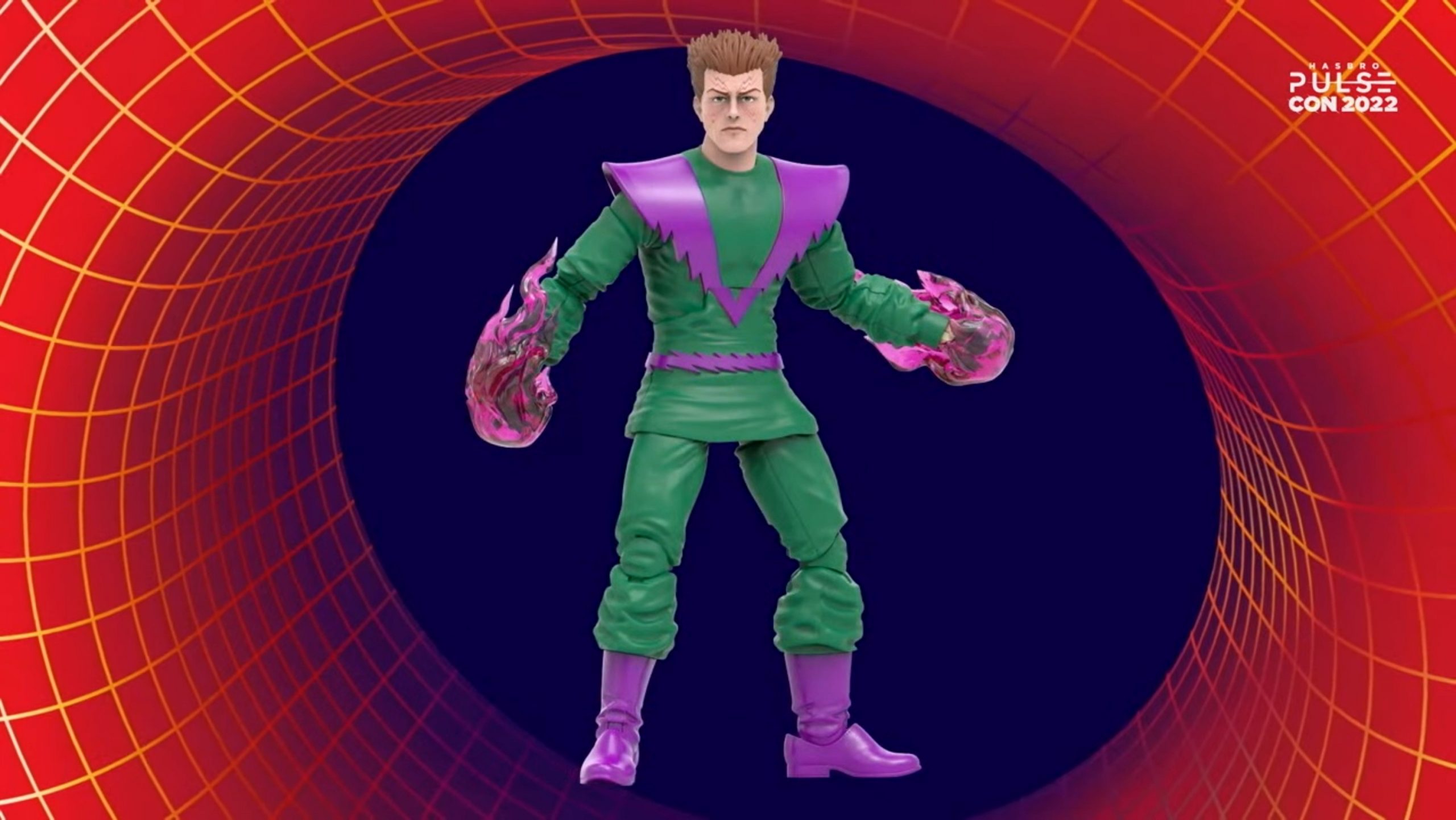 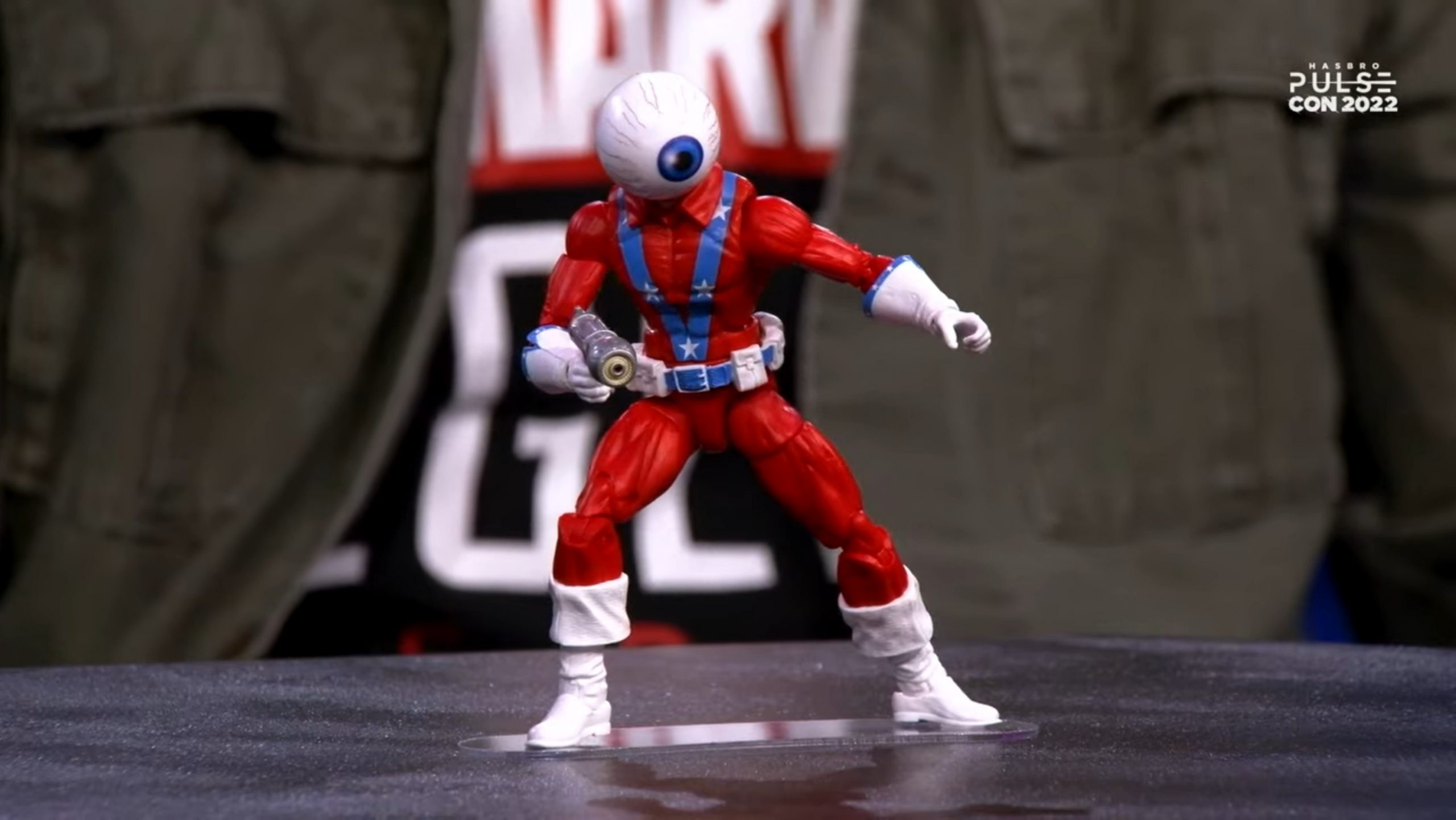 Molecule Man's head doesn't seem quite right to me, but I'm still stoked to get him.

Happy to get Orb as well, but tired of that body. Retire it, Hasbro
Top

I don't have anything nice to say about year 11 of Bucky Cap. The Orb's head (eye?) looks phenomenal, though.
Top

They definitely chose the only costume that pops enough to get me to want an Orb figure on a Buckcap body. Those boots and faired gloves never cease to make me groan now though.

Great to have it confirmed. Wonder what body Strucker will be built on.
Top

I don't know anything about Molecule Man, from a classic villain and threat level where does he place? Is he a must have like a Dr Doom and Kang, or more like Psychoman?
Top

He's a massive power but is generally too nice and timid to actually use it. He's a big deal in both the original Secret Wars and the 2015 version.
Top
Post Reply
637 posts