IT'S CLOBBERING TIME! Here is the unofficial Marvel toy board. C'mon in and talk ML, MU, Select, and all of the other Marvel toy lines.
Post Reply
5924 posts

I think his costume is both interesting and boring at the same time. I know that is contradictory but I think he would make for an ok figure, but I'm also not sure he would sell. I don't know if it is a tired look stuck in a certain time period, or if it is a timeless look that works across eras. Usually I can say fairly quickly, and with certainty, that a look is good/great, or not. With Chance I just seem stuck on how I feel about his look. Maybe it is the colour scheme with the green and yellow? I don't know.

Either way I would probably only get him on sale if he came out in ML.


While I'm fully on board with wanting Chance, I feel similarly about his costume. I think it's that the helmet and big honkin' backpack are solidly B/B+ visual hooks, but the rest of his outfit is entirely forgettable? And I don't think it's helped any that no part of it in any way communicates the gambling gimmick, unless you want to count the visor as being a nod to poker players' sunglasses, which feels like a bit of a stretch to me. Well, and the green/green color scheme, which gets at the ‘luck’ angle (but which is muddied a bit by the fact that green is also just the default supervillain color).

There are plenty of things in a casino with design elements that could be incorporated in a costume, even while steering clear of playing cards, since they're such well trodden territory at this point — the pits of a die; the print on a poker chip; the roulette wheel; the slot machine, which his backpack very nearly already evokes. Just do something to jazz him up, ya know?

Still, I won't be satisfied til we've gotten every villain that appeared in Sinister War which is most of them! 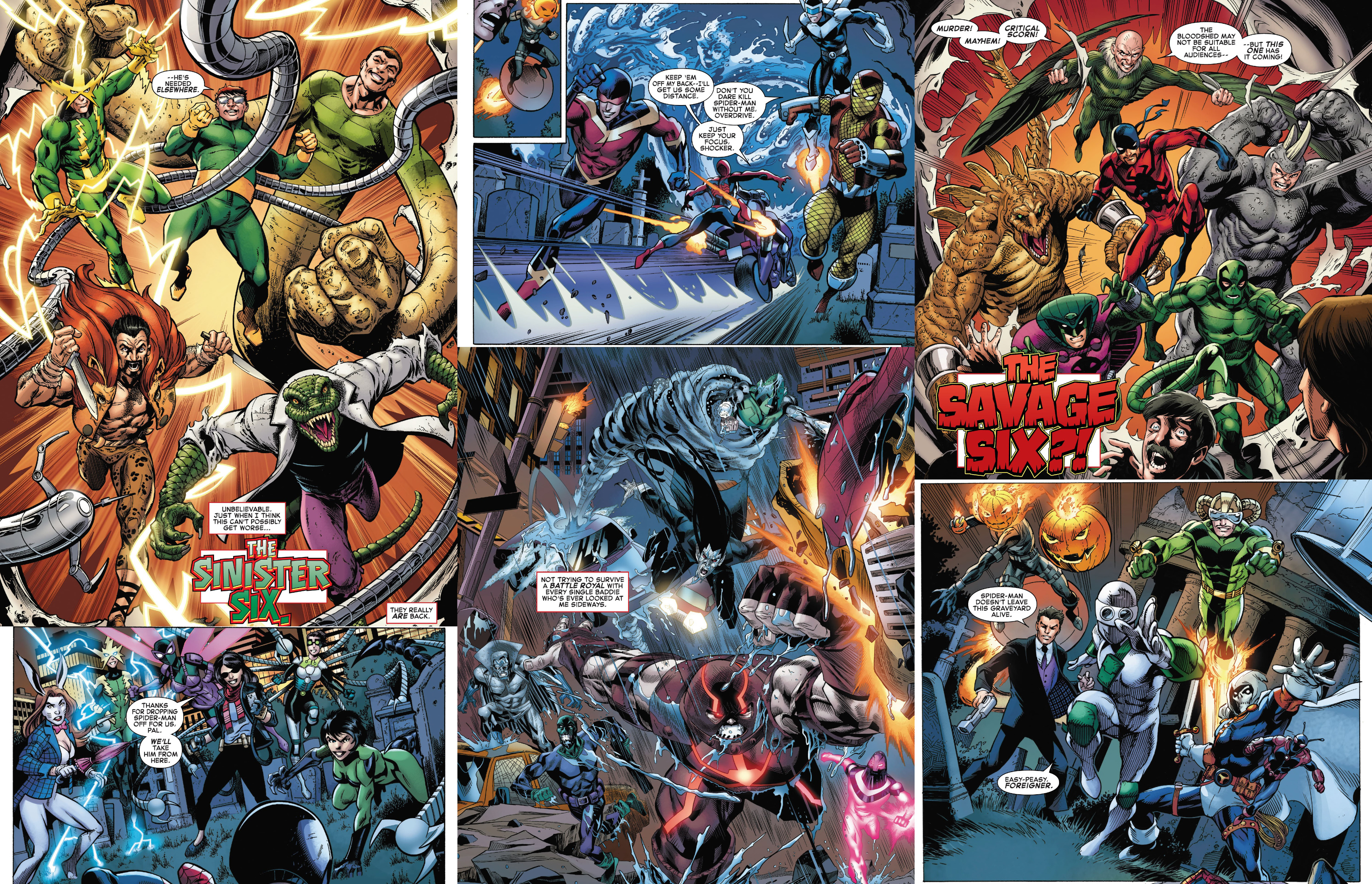 No to Vanisher.
Yes to Chance.
Top 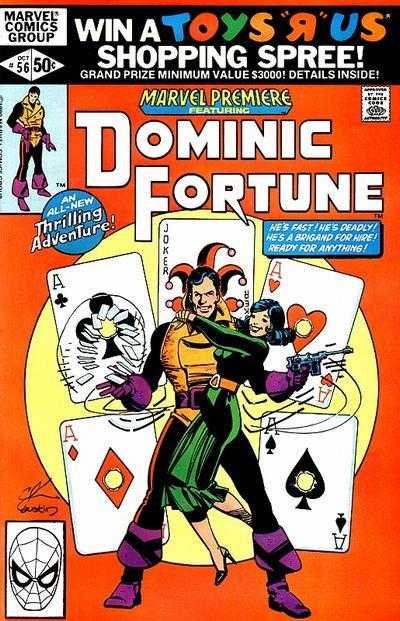 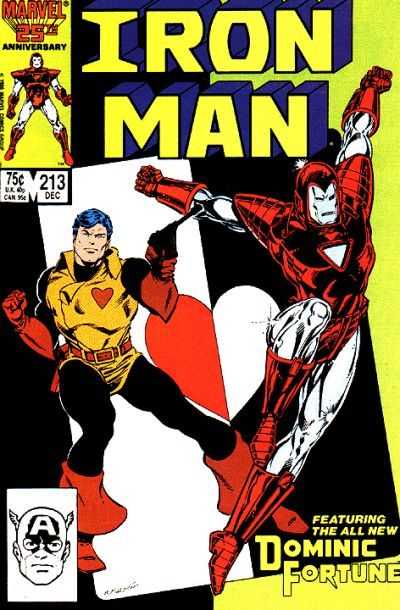 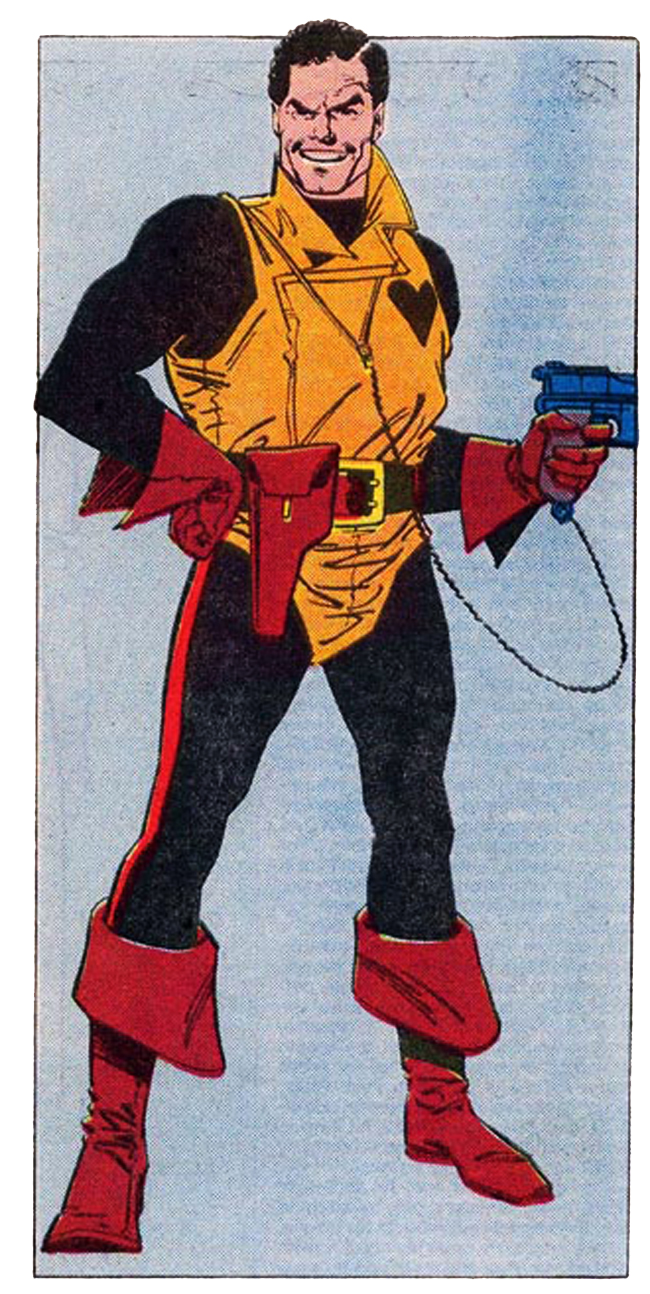 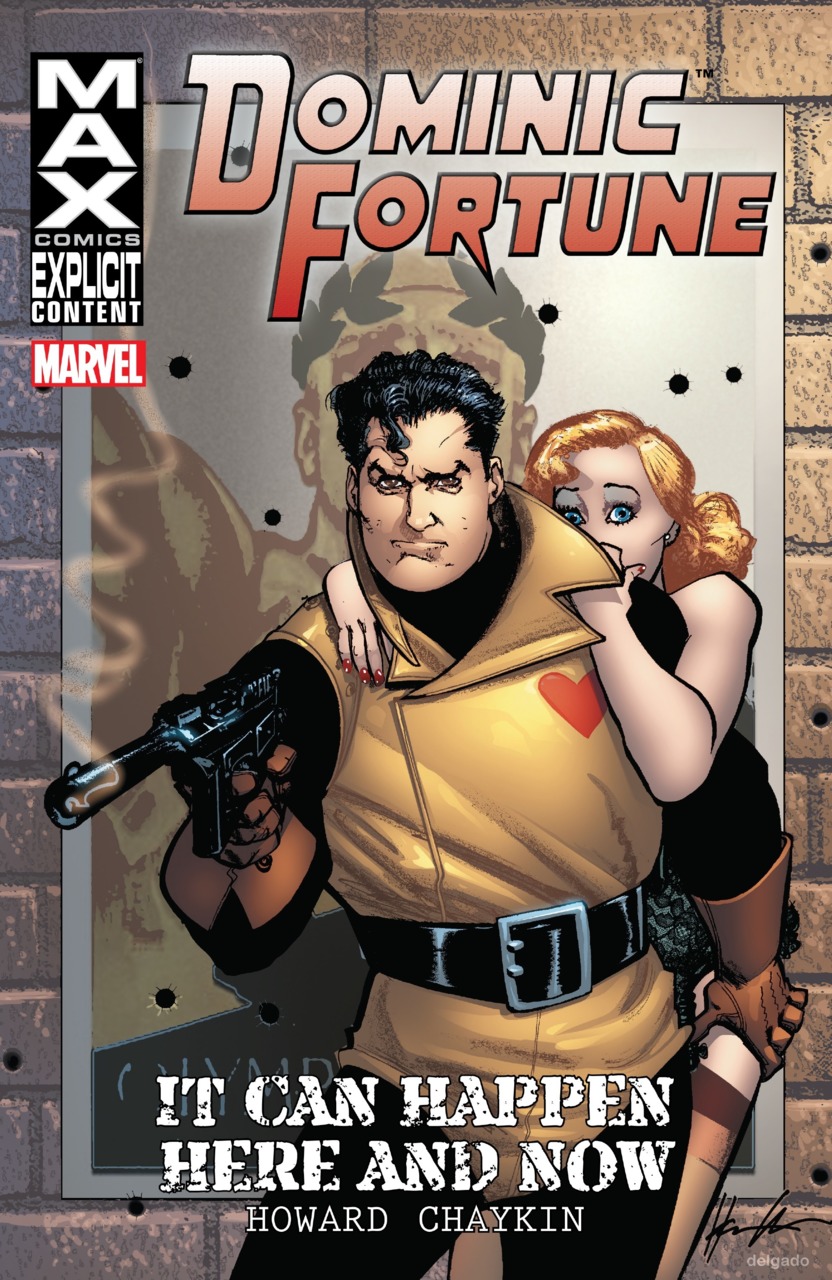 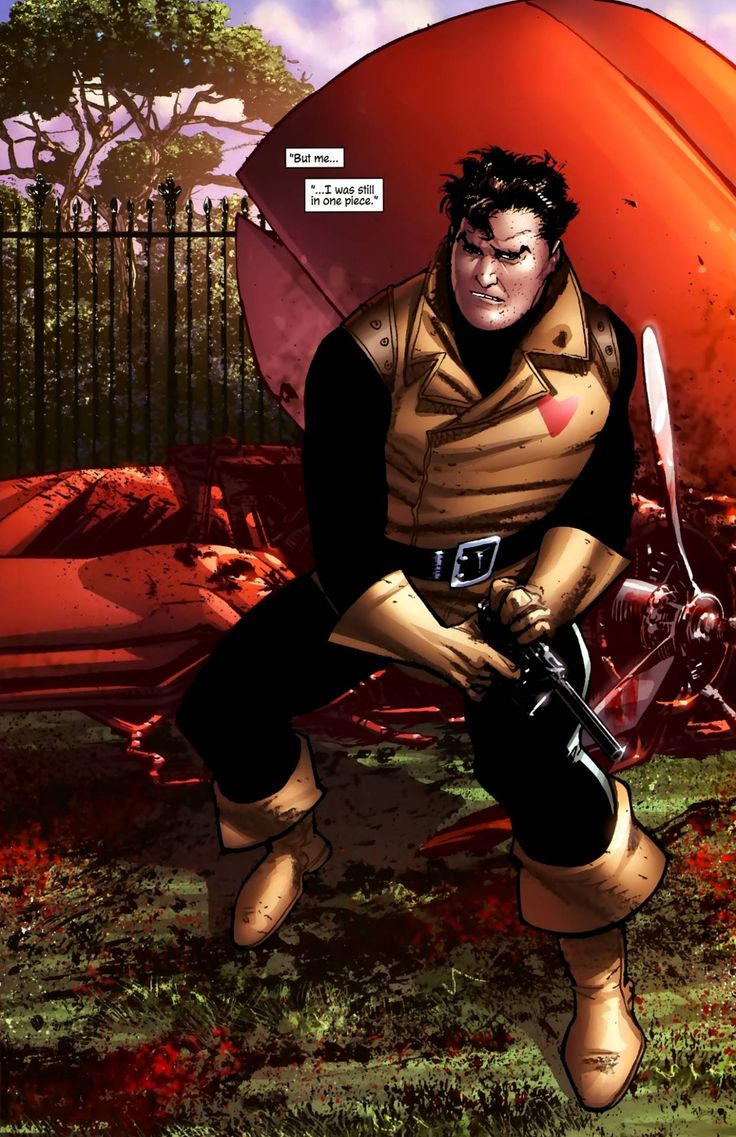 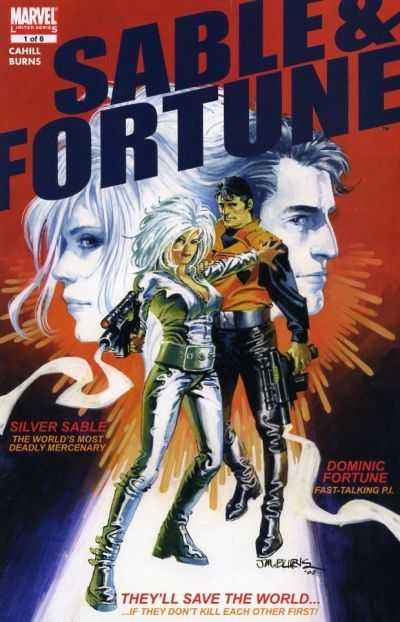 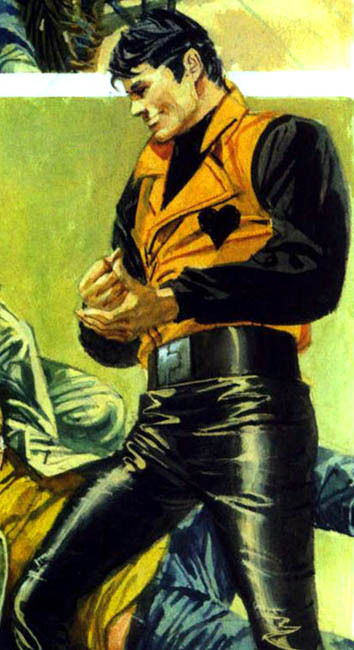 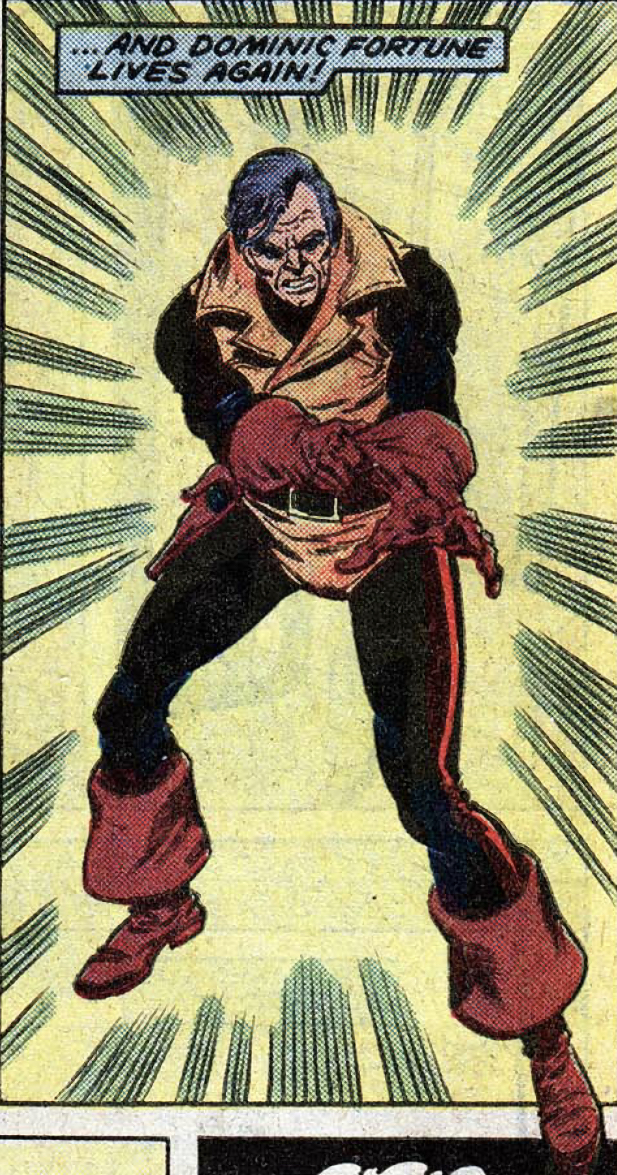 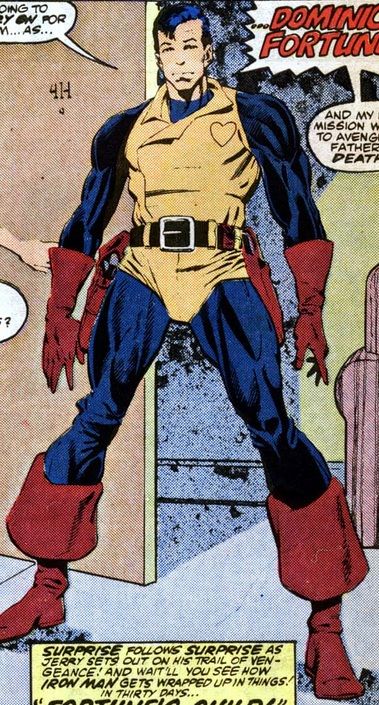 Dominic Fortune would make a great figure. Feel like they'd put him in a Deadpool wave.

I never really understood the appeal of Dominic Fortune; I'd pass.
Top

I am not sure about Dominic Fortune, but if they did him I would definitely want the Howard Chaykin style used for his figure. That is my personal favourite.
Top

Would be a cool figure.

Sure would welcome Dominic Fortune to the Marvel Legends. While not being 100% identical, it seems that they’re close enough to include both heads for a single body, giving us both versions. In Hasbro’s world of “close enough” that might be the best we can hope for.
Top

Not a super high want, but I'd be decently interested in a Dominic Fortune figure.
Top

I love the giant red "aim here" heart. I must have him.
Top

If I didn't already want Hasbro to make Dominic for his own merits—and I do—I'd want them to make him 'cause it'd be nice for Chaykin to see his pet character made into a toy (or merchandise of any kind, really).

Also, it'd give us someone to pair up with the Turner D. Century Hasbro no doubt has plans to release any day now. 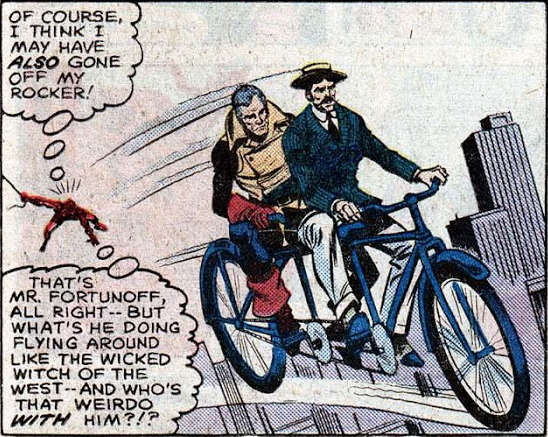