He is now relisted as a pre-order for April. Confused...

Oh man, is this going to be San Diego all over again where exclusives go up for order and they're all preorders? That will certainly be annoying, if so, though if it means they have a larger than usual supply then I suppose it's worth the trade-off.

Beast Wars Rampage is listed as in stock...

Not only am I confused, I am also quite annoyed. I thought some of the reasoning behind the price hike was the "expedited shipping" to have these things ready to go for this weekend?
Top

They specifically stated this was not going to be a pre-order. Wtf?
Top

Also, the "first wave of 2022" has a release date of September 2022. I know there are delays, but damn. I hope this supply chain issue gets figured out soon.
Top

These were some nice reveals and I'm glad that there's only one figure I going to get and that's the Cog to get the Blue Ranger's tofas. I think that all of the Rangers a very nice reveals, I just have no interest in them personally, but I'm happy for those that do.
Top

Preorders in for the Pig, the Fish and the Wolf.... almost bit on Dino Fury Red, but I think that's gonna be a buy him if I see him kind of thing.
Top

With this NFT/Cryptocurrency BS.
Top

Mannie_Bothans wrote: ↑
Fri Oct 22, 2021 7:06 pm
In Space Blue (repacked) Deluxe with the slider is such a Hasbro move. It looks awesome but c'mon, his first release isn't even out yet and they're already double dipping.


I warned people about this when the leaks happened. Avoid the 2-pack and get TJ with the Glider. It's the better deal.
Top

Mannie_Bothans wrote: ↑
Fri Oct 22, 2021 7:06 pm
In Space Blue (repacked) Deluxe with the slider is such a Hasbro move. It looks awesome but c'mon, his first release isn't even out yet and they're already double dipping.


I warned people about this when the leaks happened. Avoid the 2-pack and get TJ with the Glider. It's the better deal.

Unless you don't want the Glider
Top

I really don't need the gliders. Nothing all that spectacular going on there. It's not like it is some super detailed vehicle. I'll stick with the 2 pack and complete the psycho ranger team (even though silver psycho is not REALLY part of the team...)
Top

Silver not being part of the team is why I'm glad I can just get the deluxe with the glider, personally.

I don't have a need for Psycho Silver.
Top

There is no Psycho Silver within the narrative, it was just a costume Zhane wore for one scene in "Five of a Kind" ... very random episode.

It wouldn't make much sense to pose PsychoSilver with the other Psycho Rangers.


That VS pack choice could have been done better.... especially if TJ was just coming out again a few months later with the Galaxy Glider.


Also, is TJ the exact same figure? Something about this new TJ looks slightly different. 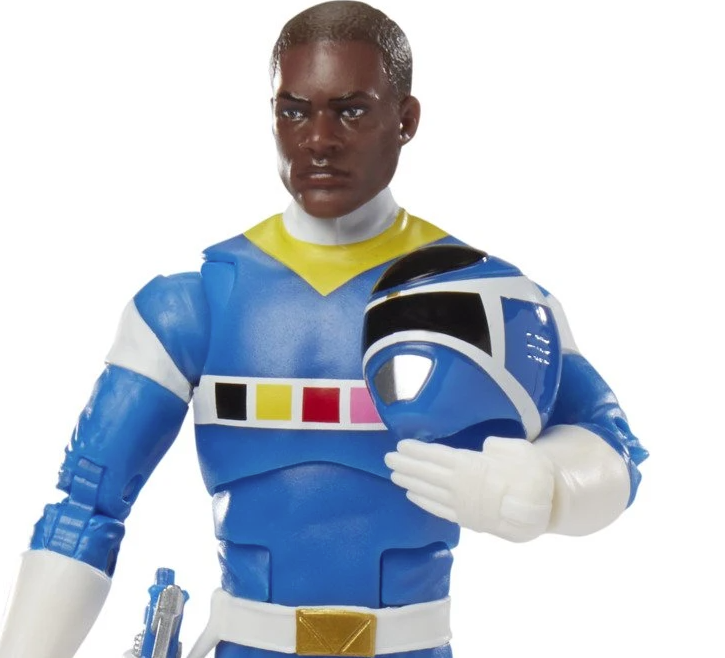 And Merrick is Alfred E. Neuman. I like the Parantishead. If the final version comes out like the protos I feel *that* may be worth what they're charging. But I'll wait and see the final result. And the cog with the Tonfa is a nice surprise. Better then what we thought they were gonna do. I'll grab one of those, and maybe a 2 pack later and be good on cogs. The figures all look good. But I have no attachment to Dino Fury, and the human head looks tiny. I may get it if I see it in store. But otherwise I'll skip him and get the rest.

Also skipping TJ with the glider. I loved Zhane and his Psycho Silver look was awesome. I'll stick with the 2 pack. I don't have room for gliders anyway.

The real way to do a 2-pack with TJ is Turbo Red and In Space Blue...with alternate TJ and Tommy Oliver heads....

Tbh, I just want them to finally do Turbo (which they kinda sorta did with Phantom Ranger?)
Top

I'm going to meet a guy today to pick up a Cog 2 pack for cost. Jus this morning I was thinking I will cut myself off at 2. I'll have 2 putties, 2 Z putties, 2 Tengas, and 2 Cogs. But now I see this single release has the Rocky weapons that they held out on, so I guess it will have to be 3 Cogs. Not a huge deal except for the fact that they should have included his weapons WITH the right character in the first place. Glad their getting them out there and at least they're doing it with an army and we don't have to rebuy a unique character.
Top
Post Reply
3283 posts